A prayer in a new Wailer song 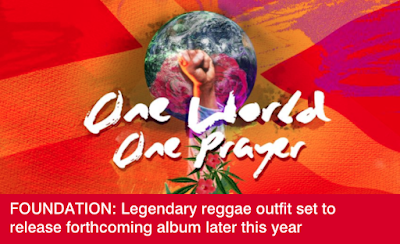 By Stephen Weir
The Wailers are enjoying one of their most successful records in decades, but for drummer Aston Barrett Jr, these days he is spending a lot of his time musing about the meaning of life.  While their new song One World, One Prayer climbs up the charts Barrett is holed up in Miami, talking to the media and waiting for the day when the worldwide virus lockdown is finally over.
Bob Marley and the Wailers recorded, toured and made history together between 1972 and 1981. Today, the Wailers carry on the mission with band members who are legitimate members, children-of-legends and a host of immensely talented musicians.
It was the request of the late Bob Marley that the Wailers keep his music alive after his death. Although they haven’t had a new record this century the Wailers continue to tour the globe playing Marley’s reggae sound!
On any day in any other time, Barrett, the Wailers and their new contributors Farruko, Shaggy, Cedella Marley and her son Skip Marley would be on stage singing a message of peace and forgiveness to a world audience. 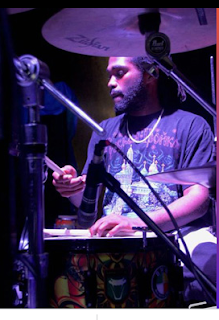 “The music of the Wailers represents peace, love and unity. That is what I want to keep alive," Barrett told the Caribbean Carnival late last week.
"One World, One Prayer" mixes Jamaican reggae with the sounds of the urban Latin music. The song is sung in both English and Spanish with guest performers Shaggy and Latin rapper Farruko taking turns at the mike each in their own language.
“We need to make a change,” continued Barrett, “Bob Marley sang One Love. That is still our message but we are adding four words; One World and One Prayer.”
The 3 ? minute song is a powerful piece focused on unity, love and inclusion beyond cultural differences. And, it is resonating around the world.  When the Caribbean Camera set up the interview with Barrett less than a week ago, a million and half people had seen and listened to the song on YouTube. Two days ago when he talked to the paper via Zoom, over five million people had checked it out online. The song has already topped Billboard charts in the English and Spanish markets and is tracking well on Spotify.
“The thing about it is this, I was brought up in Jamaica. I didn’t know anything about colour. If you think about it is all very childish, we are just people, all the same people,” said Barrett  “My family isolated me, so (when I was confronted by racism) I didn’t get angry. I can’t tell them to not be angry but I can tell them they will regret it (the hate). They have to try and stand up.”
"Who would have thought that we would be living in this current situation and that the message of ‘One World, One Prayer’ would resonate so strongly?” asked Emillo Estefan, the writer of the song. “We need to appreciate the simple things in life and especially the love that begins with our families and extends to our community and beyond ... because in the end, we are all One World, One Heart!”
Emilio Estefan is a musician, songwriter, record producer, best-selling author, filmmaker, and the husband of singer Gloria Estefan.  He is also the producer of the Wailers next album, which will drop, in North America in August.
Their sound is a new take on Reggaeton, and it is winning new fans in Latin America and the US. IF and when the Wailers perform again, they will be travelling to South America.
And when will they come to Canada? Barrett shrugs his shoulders and admits he doesn’t know. 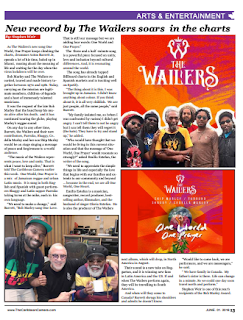 “Would like to come back, we are performers, and we are messengers,” he said.

“ We have family in Canada.  My father’s sister is there. Life can change in a minute, (so we could one day soon travel north and perform)!”