Showing posts from July, 2009
Show All

. . Message to the Girls: Celebrate Summer With Wallet-Friendly Packages Toronto, July 23, 2009 – When the sun beams down all day and even the nighttime temperatures are pleasant, it's a sign that the summer season is in full bloom. Many people know that spending time in Ottawa during the warm holiday months will create a lifetime of memories. To make a Capital City getaway more alluring, Ottawa Tourism is promoting the new "Girlfriends Getaway" package that gives women travelers the chance to stay, shop, dine, spa and take in a cultural event, all at a special affordable price. Ottawa’s new "Girlfriends Getaway" package is a fun choice for a 'girls only' holiday shopping trip tailored for two (but more guests can be added on). The package offers a two-night stay in a downtown Ottawa hotel, discount Rideau Centre Saving coupons and the choice of an add-on. The “Girlfriends Getaway" optional add-ons are numerous and varied. Guests can receive
Post a Comment
Read more 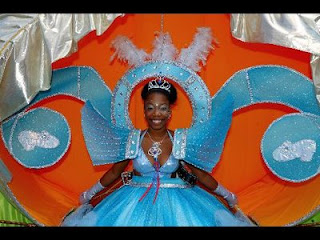 . This story crossed Bloomberg's wire this morning. The feature is the first time in my memory of Scotiabank Caribana (going back 10 years before it was even called Scotiabank) that a business news service has looked at the festival. I obviously didn't write it, but, Bloomberg did use a few of my photographs. Socca Music, Wild Parade Send ‘Vibe’ Through Toronto Caribana By Sean B. Pasternak July 22 (Bloomberg) -- Mention Toronto and steel drums, Carnival and reggae music probably aren’t the first things that come to mind. From July 14 through Aug. 3, however, Canada’s biggest city opens up for Scotiabank Caribana, which promotes itself as North America’s largest celebration of Caribbean culture. Now in its 42nd year, Caribana gives 1.3 million local residents and tourists the chance to see buttoned-down Toronto letting loose, as this year’s slogan -- “Won’t Stop De Vibe” -- suggests. Caribana is best known for its signature parade, set for Aug. 1. Rambunctious crowds li
Post a Comment
Read more 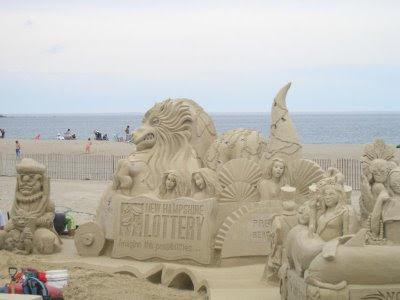 . Slighty expanded story which appeared in Maple Gazette (Cdn newsletter for travel agents) Top Seven Beaches By Stephen Weir So many lakes. So many rivers. And then there is the wide-open ocean. We went to the experts to find out where the seven top beaches and swimming spots in New Hampshire can be found. You might be surprised at the answers! Hampton Beach. MSNBC rated it in the top 3 cleanest beaches in the United States. Miles of white sand. Supervised swimming. There is camping at the Hampton Beach State Park. Lots to do from the annual summer sand sculpture competition (pictured above) to the February 1st Penguin Plunge! www.hamptonbeach.org/ Rye on the Rocks. This beach is best known for being the home of the best surf breaks in New England. The beach is off Route 1-A a few miles from Rye, NH. www.townrye.nh.us. Wallis Sands State Beach. When the tide is out, this is one of the best beaches in the state. Wide expanses of clean sand. This is a fami
Post a Comment
Read more 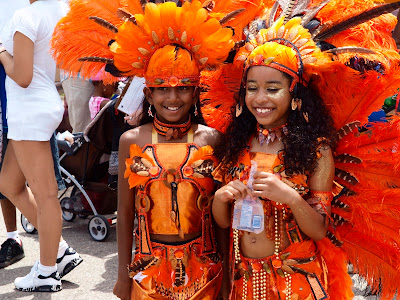 Driving down Yonge Street on Saturday night, heading for the Queen Elizabeth Theatre, the new location for the Soca Monarch competition. I was running late, I had been at the Junior Carnival (Kiddies Parade)all day and was not expecting to be interviewed. Its reporter Jasmeet Sidhu from the Toronto Star, -- Toronto's biggest newsaper had not covered the parade. Other papers had. Reporter interviewed me, and the story below appeared on line an hour or so later. Appeared in print this morning. Posted the story not because I was interviewed, but, because they were in need of a photo ... I sent them one I had taken early in the day. Caribana's Junior Carnival lights up Jane and Finch Jul 18, 2009 08:35 PM Jasmeet Sidhu Staff Reporter They danced, they laughed, their glittered costumes sparkling in the afternoon sun. The Jane and Finch area was the scene of jubilant festivities and the bright colours of the Caribbean as the annual Junior Carnival took to the streets Satur
Post a Comment
Read more
More posts