Showing posts from 2016
Show All

Reggae through Iceland’s longest night of the year 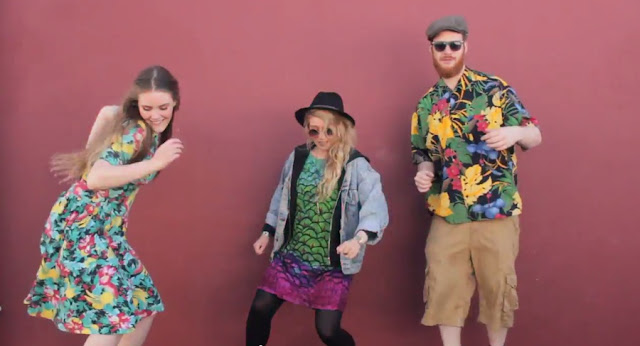 Huffington Post Story by Stephen Weir. December 12, 2016
http://www.huffingtonpost.ca/stephen-weir/icelandic-reggae-amabadama_b_13533242.html
On December 21st – Day One of Winter – sunlight in Reykjavik is just a 4 hour 7 minute low-in-the-sky rumour. The dim sol stays lit long enough for Icelanders to shop, grab an espresso, gas the car and suck up what little light the gods offer that day. Busy. Busy. But oh so brief. What do Icelanders do for the other 20 hours of a winter day? ForGnúsi Yones, Salka Sól Eyfeland Steinunn Jónsdóttir, the three singing stars ofAmabAdamA the seemingly never-ending night is time for perfecting the Jamaica strut,singing and writing reggae music -- all in Icelandic of course!Next spring when the sun comes back, AmabAdamA will have a new album for their growing world fan base.

There wasn’t much light last month when I travelled to Reykjavik to take in the Airwaves music festival. Sixth year in a row and the third time I was seeing AmabAdamA.For most of the sh…
Post a Comment
Read more 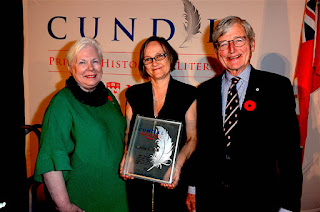 .
Susan Pedersen Reflects On Family and 2015 Cundill Prize  By K.J Mullins Newz4U Winning the 2015 Cundill Prize in Historical Literature has not changed author Susan Pedersen but it did help her have more time to reconnect with her youngest son. Last autumn when Pedersen won the prize she was taking some time off from her teaching position at Columbia University to work on her current project. She used some of the prize money to fly her youngest child to the UK for some much needed one on one time. Pedersen said that winning the prize was special but in terms of academic success did not have a large impact at Columbia University. She noted that the book appearing in the Oxford University Press in summer 2015 was more celebrated at the American school. Pedersen is a dedicated academic and a devoted working mother. Loyal to a life of exploring and retelling the history of Britain there are times that her two worlds are in conflict. Long periods of research while teaching takes time, making …
Post a Comment
Read more 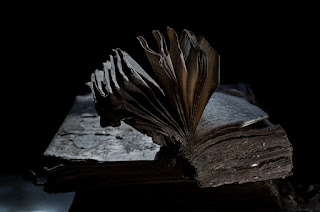 .
By Stephen Weir Edited version posted by Huffington Post
Moscow. Jerusalem. Vatican City. São Paulo. Canadian photographer Yuri Dojc is is known and admired for his world vision.His photographs of crumbling synagogues, badly decayed Torahs scrolls and discarded school books he discovered in a rotting 70-years locked Jewish school in Slovakia are seen as instruments of change in a battle against cultural genocide.


Here in Canada little is known about his travelling exhibition of pictures of those holocaust books. That is because he is Canada’s most accomplished nude photographer. That may changes now that his Last Folio exhibition has finally arrived in Canada, and people in Ontario are seeing his passion and his dread of mankind’s darkside.
The Last Folio is an exhibition, an art book and a documentary movie, based on the Slovakia pictures he has taken.The exhibition that continues to tour in Europe, Israel, South America and the United States just opened in Hamilton, Ontario.
Time had st…
Post a Comment
Read more

The Soca King Is Coming Hopefully to a Cinema Near You 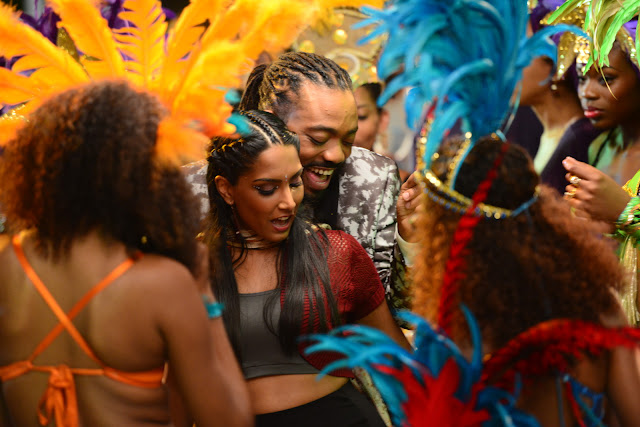 The King of Soca and perennial star of the Toronto Caribbean Carnival, Machel Montano, has a mission.  Black. White. Brown. Yellow. Montano feverishly believes that Soca Music is the beat of the 21st century
This weekend the Trinidadian singer is seeing his new movie Bazodee, opening in theatres across Toronto.  The feature film -- a musical -- is a fusion of Soca music and Bollywood movie styling.
Fresh from a sell-out premiere at the just completed Caribbean Tales Film Festival in Toronto, Bazodee is being booked into Canadian theatres by Serafini Films.  They are billing Bazodee as "a 'Come Alive' Caribbean Musical featuring Machel Montano in his debut and the heartbeat of his Soca music, influenced by the traditional sounds of India and electronica." The movie will be shown at three theatres in Toronto, Brampton and Mississauga this weekend.