Showing posts from May, 2011
Show All

Down she went. Divers and snorkelers right behind 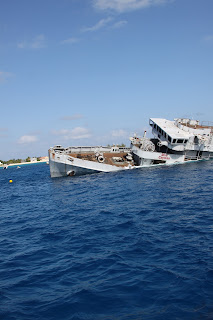 WORLD'S NEWEST (FOR NOW) SHIPWRECK ALREADY HAS VISITORS - KITTIWAKE AN EXCLAIMATION MARK OFF CAYMAN'S SEVEN MILE BEACH By Stephen Weir, Diver Magazine For the dive industry Santa Claus rode into Grand Cayman on December 25 th , not in a sleigh but on board a barely floating 251 ft long WW2 US warship pulled by an ocean going tug. After seven years of planning, the retired USS Kittiwake was scuttled a few days after arriving at Grand Cayman Island. Live on the Internet, the Submarine Rescue vessel (ASR-13) was sunk upright in the sand just north of the famous Seven Mile Beach. The ship was scuttled to take pressure off the reefs of one of the world’s most popular island dive destination. Two months after she went down, the ship (donated by the US Navy) has begun to attract divers and snorkelers in large numbers. “I dived the wreck one month after her sinking,” said Suzy Marfleet, diver concierge with the Reef – a Seven Mile Beach dive operation. “ I have had a very posit
Post a Comment
Read more 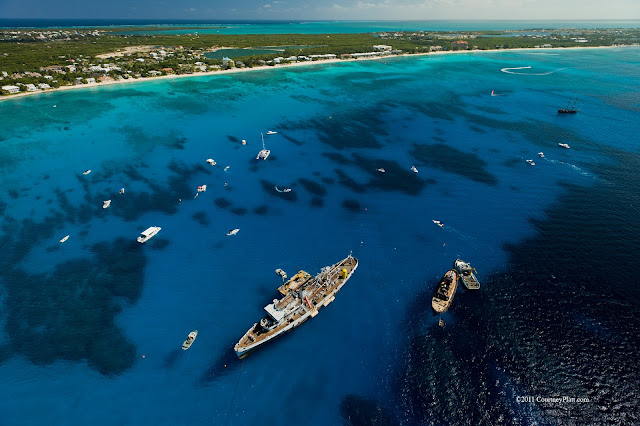 Where in the world are the new shipwrecks that we can dive? 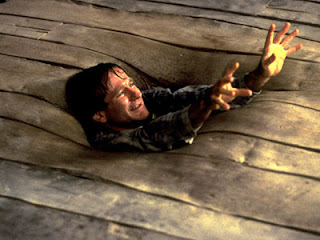 New Hampshire has a downloadable itinerary for starstruck visitors. See where the movies we love to watch were made. Article in Spring Issue:  Maple Gazette By Stephen Weir T he New Hampshire Division of Travel &; Tourism Development understands that many North Americans are fascinated by films made by Hollywood.  Not just the big name stars, but also, the locations of where memorable films and TV shows were made. The State has recently put together a downloadable six page Filmed in New Hampshire Itinerary .   www.visitnh.gov/planning-and-travel-tools/itineraries/culture-itineraries.aspx    Get your motor running, Heading out the Highway. Look for Adventure! This colourful, interesting Itinerary takes film lovers on a giant road trip that begins in Keene with Robin Williams in his 1995 blockbuster fantasy movie Jumanji and ends in Claremont  where the entire comedy Live Free or Die , was made.   In all the Filmed In New Hampshire booklet takes visitors to 15 different
Post a Comment
Read more
More posts