Showing posts from September, 2012
Show All

YaHaYa BaRuWa has knocked on 10,000 doors in Scarborough, to sell his first book 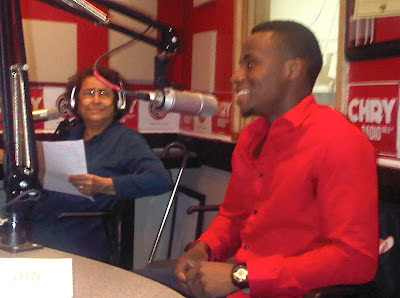 (The hard way to get a best seller) The Unusual Way One Man is Getting His Story Out - First Novel Sells Very Well  Yahaya Baruwa talks about his book on William Doyle Marshall's CHRY show My Data Bag. Linda at the second mike. By Stephen Weir Posted: 09/20/2012 5:37 pm Huffington Post Canada http://www.huffingtonpost.ca/../../stephen-weir/struggles-of-a-dreamer_b_1897972.html   Meet Yahaya Baruwa (pronounced: YaHaYa BaRuWa). He is a recent York University Graduate. On Tuesday he and I shared a microphone at CHRY-fm. It was the My Data Bag show with William Doyle Marshall. I was talking about art, films and books in a big picture fashion, Yahaya was much more practical -- very down to earth. He was there to talk about the difficult journey he took to get his new novel Struggles of a Dreamer published. Just like the title, it was a struggle for the Nigerian Canadian to just get the book printed. When he c
Post a Comment
Read more 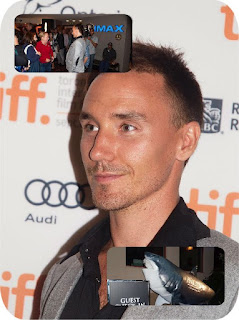 .  Toronto Film Maker Opens Revolution at Toronto International Film Festival ( From a recent, popular Facebook posting by Stephen Weir ) I attended last night's world premiere of Rob Stewart's newest eco-documentary, Revolution. The full-length movie was screened  here in Toronto to an almost full house at TIFF. Stewart, an underwater filmmaker (Shark Water) spends most of this movie above-water looking at how close the planet is to a total eco-meltdown. The movie is very critical of Canada's Tar Sands project. Great underwater scenes with whale sharks and manta rays. Pictured is Stewart before and after the screening, and a plastic shark prop (from the movie) outside the Wellington Street bar where the after-party was held.
Post a Comment
Read more
More posts