Showing posts from November, 2009
Show All 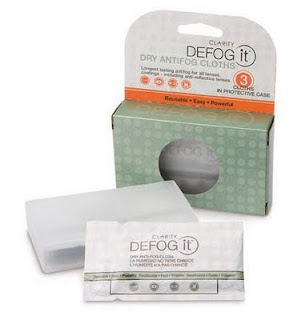 … And some will fit in your stocking! New Scuba Products For The Holiday This Year - The First Day of Christmas (Unedited story in 6-parts - Feature for December issue of Canada's Diver Magazine www.divermag.com ) By Stephen Weir With only a few weeks left until Christmas, the expert buyers at Diver Magazine have once again come to the rescue of weary holiday shoppers with our well-informed gift suggestions. This time, the buyers have zeroed in over 20 last-minute gift suggestions that are all new (or improved) this year. De Fog in De Stocking . Nanofilm, a maker of lens care products, has launched Clarity Defog It anti-fog liquid ($5.50 Cdn) and towelettes ($8 Cdn). The new products provide safe, highly effective, long-lasting fog prevention for all lenses including scuba masks. It is sold at Wal-mart Optical. www.nanofilmtechnology.com Little makes Big Gift: MC-1 mini camera . JW Fishers has been designing and building underwater search equipment for over 35-years.
Post a comment
Read more

The Mystical Gods of the North Carvings by Abraham Anghik Ruben

November 12, 2009
. From Thor to Sedna – The Mystical Gods of the North Carvings by Abraham Anghik Ruben November 6th through December 5th. Organized by the Kipling Gallery For Inuit carver Abraham Anghik Ruben, the myths stories and legends of Thor, and Odin, are as much a part of the North, as the Goddess Sedna and the Creator-God Anguta. And so on November 5th when the Kipling Gallery opens the doors on a startling new exhibition of Ruben’s stone and bone carvings, images of gods and goddesses, giants, monsters and demons of the north will fill the gallery in Woodbridge. Reuben’s work will be accompanied by a photo series, “Canadian Inuit, 1946”. National Film Board veteran Canadian photographer George Hunter took the photographs depicting the disappearing nomadic life of the Inuit. “As an artist I have spent the last 30 years developing my craft and having as the focus of my work the arts and cultural traditions of my Inuit background,” said Abraham Anghik Ruben. “There was extensive contac
Post a comment
Read more
More posts