Auto Road and The Cog let you reach for the top
Historic picture of the Cog Railway. Trains continue to climb Mt. Washington.
Choose Which Way to   Challenge Mount Washington! Mount Washington is very high; it is the tallest peak in America's North East. Hiking, running, biking, driving and even taking a Cog Rail ride up the 6,288 ft slope feels like an act of defying the force of gravity. Every spring and summer for the last 150 years world travellers have come to the mountain known as Agiocochook (Home of the Great Spirit) to do just that. The Mountain is located in the Presidential Range of the White Mountains, in Coos County, New Hampshire. Mount Washington is one of the most prominent peaks in the country.   There are many ways to get to the summit, the two most popular are the Cog and the Auto Road, and there are events throughout the late spring and summer to help motivate people to use them to reach for the top. This is the 150th anniversary of the Auto Road. It is a 7.6-mile …
Post a comment
Read more

At The Mas Camps 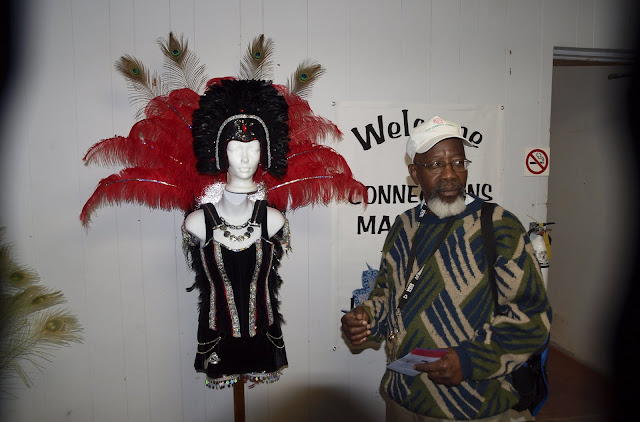 Costumes on display in the Blues Carnival Mas Camp, Howden Rd, Scarborough There are  mothballed factories and warehouses in Toronto's east end (Scarborough) that stand empty for most of the year. But in June and July these empty spaces are filled with colour, music and art.  There are 17 Mas Camps up and running in Toronto in preparation for the Scotiabank Toronto Caribbean Carnival ( i.e. Caribana).
On Thursday night journalist William Doyle Marshall (CHYR, Indo-Caribbean Journal etc) toured three of the Mas Camps to talk to the Mas men and women running the camps. The Camps are where the costumes that dancer wear while playing mas at the street parade are constructed.  As well the camps are gathering spots where people interested in Carnival can order costumes, volunteer their help and generally Lime (hang-out).
The Mas Camps pick their location based on price and space rather than on ease of being…
Post a comment
Read more
More posts