Showing posts from January, 2020
Show All

Mosquito The Book Canadians Are Itching to Read 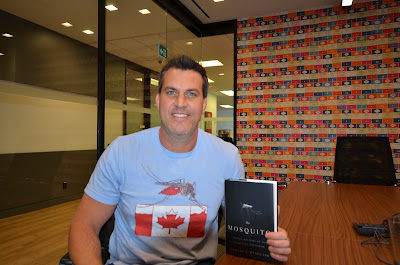 Killer Book About Killer Bug In The Running For The RBC Taylor Prize Timothy Winegard by Herman Silochan This is the last year for the RBC Charles Taylor Prize. The non-fiction Canadian book prize is closing down in March after marking 20-years of rewarding the country’s best authors. The Prize recently announced the last five authors on the shortlist to win the Prize. One of their books, Timothy Winegard’s history of the Mosquito will have Caribbean readers itching to buy insect spray and install bug proof screens. The female mosquito has, through history, killed more people with her bite than all the wars in the history of man. In the Caribbean, where the fears of dengue, malaria, West Nile and sickle cell, grow, the mosquito is to blame. Dr. Winegard is a Sarnia born, hockey-loving historian who now teaches at the Colorado Mesa University. He has served in both the Canadian and British Armed Forces and knows about war. He says the world is losing the battle against
Post a Comment
Read more 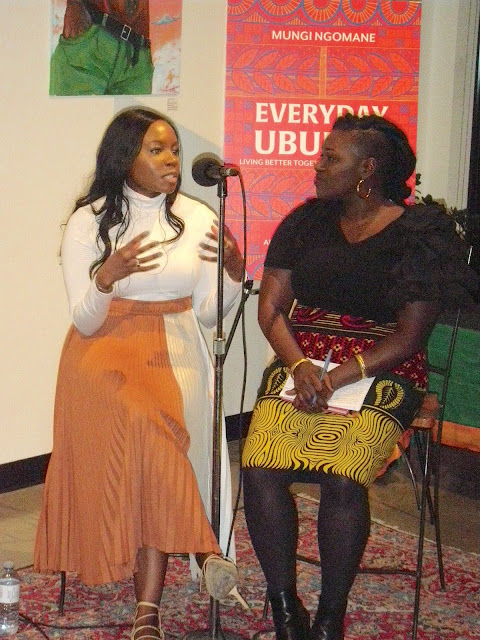 A Different Royalty wows people inside and outside A Different Booklist photo by A. Berot A Different Booklist held a different style book launch Monday night that literally had post rush hour Bathurst St motorists stopping in the road.  The bookstore and cultural centre was holding a sold-out signing and as a result a hundred people sat rigid in their chairs seemingly staring out at one of Toronto’s busiest streets. A Different Booklist doesn’t have curtains, and its windows run from sidewalk to ceiling.    So, when royalty arrives at the cultural centre, the audience ends up ghosting the cars, the streetcars and pedestrians where Bathurst and Bloor converge. People stopped and starred back! What they saw was two women sitting in front of a microphone with their back to the street.    The people sitting in the chairs didn’t care about what was going on outside, it was the speakers their eyes were fixed upon. Royalty indeed at come to Toronto’s multicultural bookstore (sp
Post a Comment
Read more 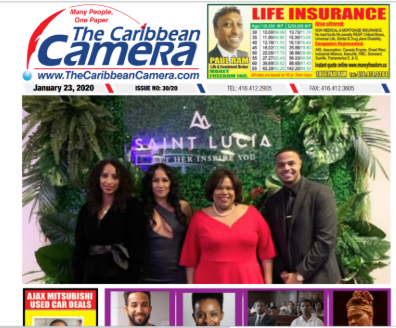 St Lucia – a lesson in selling tourism to willing, winter-hating Canadians.   By Stephen Weir St Lucia, like many other Caribbean Island nations is deft at first breaking the spirit of winter-hating Canadians and then magically opening their wallets to spend, spend, spend.   The Caribbean Camera was at the swanky Hotel X at Toronto’s CNE grounds earlier this week and watched as the hex was put on willing travel agents, travel writers, airline reps and crazy jazz fiends! St Lucia does it just right. Their formula? Fill a room with beautiful people in an equally beautiful room. Turn up the temperature so that it feels almost tropical. Serve rum cocktails and cold cold green label beer. Then stand in front of a big ass TV screen showing gorgeous images of fun loving white millennials frolicking in a moon pool against a backdrop of the world famous twin Piton Peaks. Next, play some live funky music, give away a couple trips (no we didn’t win) and warn departing gues
Post a Comment
Read more

Marley Berot. Faces On The Wall. 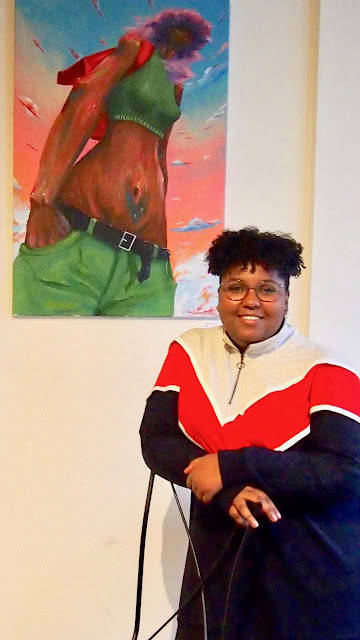 New Show At the A Different Booklist Cultural Centre  It is just her second art show and sale, and the show has only been open for an hour, and already a painting has been sold and taken home by a happy buyer. Marley Berot, a 19-year old painter, is happy too but also a little worried she might run out of replacement canvases! Berot, a Toronto student by day and a budding artist who paints whenever she gets near her bedroom studio.  She paints faces, mostly Caribbean women’s faces in a colourful style that is uniquely hers. “ I tend to paint from photos and photo montages  that I have made,” Berot told the Camera. “ But sometimes, like the full body painting near the window (pictured) I don’t have a photo, the concept actually sprung from my mind. I had a vision and I put it to canvas as quickly as I could.” “ I would like to say that I do love painting faces.  It is easy to see what I am saying – it is right there in her face,” she continued. “Now as I get more confidence (sell
Post a Comment
Read more 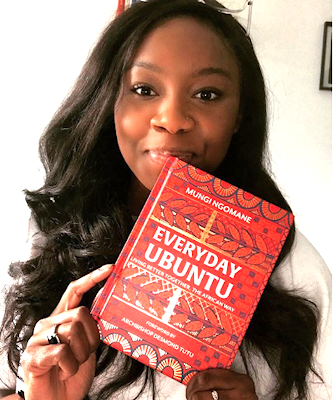 South African granddaughter of Desmond  Tutu launches her new book on Martin Luther Day at ADBCC on Bathurst The A Different Booklist Cultural Centre (ADBCC), in conjunction with Penguin Random House is marking Martin Luther King Day with a superstar evening book signing!   On January 20th,   Nompumelelo (Mungi) Ngomane, the granddaughter of South African Archbishop Desmond Tutu will be launching her new book Everyday Ubuntu in Canada. "This book will open your eyes, mind and heart to a way of being in the world that will make our world a better and more caring one," says Mungi’s biggest fan, her grandfather Desmond Tutu. Never heard of Ubuntu? It is a South African based philosophy which teaches that people’s common humanity and interconnectedness is key to living a better life. By embracing the philosophy of Ubuntu and living it out in daily life it's possible to overcome division and be stronger together. There are 14 lessons in Everyda
Post a Comment
Read more 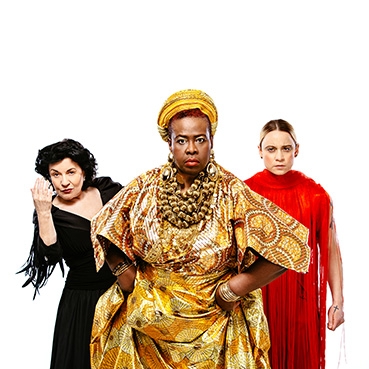 Rhoma Spencer uses the Force in the new play, The Solitudes By Stephen Weir Take a bow, Rhoma Spencer, take a bow. You are the toast of Toronto’s theatre world for your current role in the new assembly play The Solitudes. Critical reviews. A quarter page colour picture of you in the Toronto Star. And there is an incredible TTC poster of you with hands on hips glaring and scaring all of us riding the Red Rocket this month. Rhoma Spencer is an actor, director, storyteller and broadcast journalist who began her career in her birth nation of Trinidad & Tobago. On stage, performing in TV shows, movies parts, and public events; heck, I have even seen her in costume at a high profile Scarborough funeral a few weeks ago. Now based for the most part here in Toronto, Spencer continues to be one of the busiest live performance actresses in the city. This week she is a brooding, scowling and sometimes hilarious presence on the Harbourfront stage with the Alunia T
Post a Comment
Read more
More posts