Showing posts from February, 2022
Show All

CARIBANA 2022 AND JAMAAL MAGLOIRE GETS READY 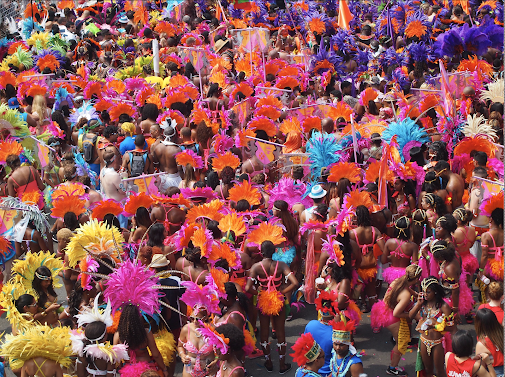 T h e Parade Is A Go In 2022   Jamaal’s Revellers the First Band To Announce Launch   By Stephen Weir   Dust off your pans, tune up your singing voice, break out your costume. It is going to happen (probably).    Laverne Garcia the chair of the Toronto Caribbean Carnival confirmed to the Caribbean Camera that it is full speed ahead for the 55 th Toronto Caribbean Carnival's Grand Parade on July 31 st along the Lakeshore.  It was probably the worst kept secret at City Hall. The major events in the city from Pride to the Toronto Film Festival have all been given permission by Toronto and the Province to stage their annual events -- provided of course that Canada does not get hit by another wave of Covid.    “We will ensure compliance with all public health and safety precautions as the safety and health of the community is our top priority,” Garcia confirmed to the media last week. “This year marks our 55th Emerald Anniversary,
Post a Comment
Read more 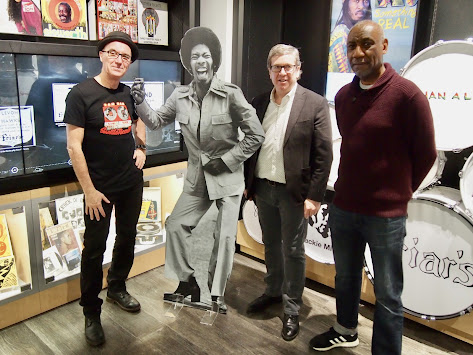 Caribbean Canadian Music With a Cause Remembered   By Stephen Weir   Standing inside the Friars Museum beside the two curators of the new free exhibition - Rhythm and Resistance - I listen as they tell the history of the Caribbean music scene in downtown Toronto. I am being schooled about what made Toronto the North American hub for Calypso, Ska, Rock Steady, Reggae, and now Hip-Hop music.    The Friars is the only museum in Canada (or even the world) that is housed inside a drugstore. The store has a micro-museum on its second floor and is l ocated at the epicentre of what was once Toronto’s Music City – Dundas and Yonge Streets.    The store is located where the Friars Tavern and later the Hard Rock Café stood. South of Dundas Square, it was a Jazz and Blues club until it closed in 1976. Two years later the Hard Rock Café took over the building and it truly did what the name suggested – it rocked loud and hard until 2017 when the structure was rebuilt into a new Shoppers Dru
Post a Comment
Read more 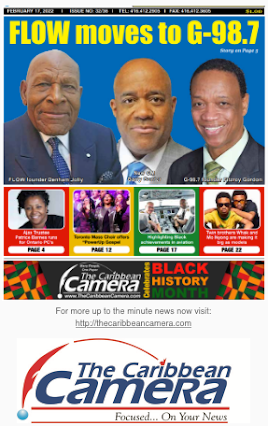 Flow Radio. Who? Where? Why? By Stephen Weir A Big swap has just been made between the two commercial Black FM music stations in Toronto. As of Monday, this week radio station   G-98.7   now calls itself FLOW  98.7 FM, Toronto’s Hip Hop R&B.  Also on Monday, radio station   CFXJ  which used to call itself as FLOW, is now   93.5 Today Radio . Confusing? You bet. Radio listeners all across the city have been trying to find their favourite stations and their equality favourite DJs sometimes will little success.  To help clear the air so to speak,  93.5 Today Radio  has been running commercials to tell loyal listeners they have to turn their radios to G 98.7 to catch the sounds of FLO When you do turn that dial, it does play the FLOW style music, but It isn’t the same DJ’s you are used to hearing.  This week the morning hosts at Flow were  Red  and comedian  Jay Martin , long-time voices on G-98.7.  Missing in action at  93.5  are the two popular FLOW hosts  Blake   Carter and Peter
Post a Comment
Read more
More posts