Showing posts from June, 2016
Show All

Jump into the water or not? No fill. Just a Triton gill. 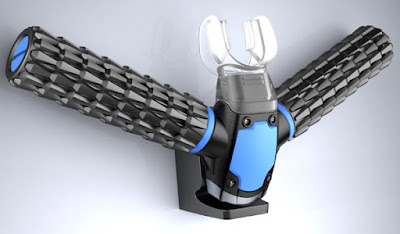 . Diver Magazine Article  May 2016 By Stephen Weir The Triton - from an on-line sales brochure   It is December 2016.  You are about to jump into 5 metres of water with a new untested Triton underwater gill in your mouth. What is going to happen after you take that leap of faith? If Triton performs the way its inventor says it will, the scuba-free dive era is here! Triton claims you will be able to swim at a depth of 5m for 45-minutes without needing scuba gear. Your air is processed by the device from the water you are swimming in! Not likely, says the New York City based Tech Insider magazine. They ask is the technology Triton touts more science fiction than fact? Triton is South Korean designer Jeabyun Yeon’s brainchild. He describe it as   “a state-of-the-art oxygen respirator, that allows you to breath underwater at a maximum depth of 15ft by utilizing our ‘artificial gills’ technology and liquid oxygen technology.“ It looks like a scuba regulator with side w
Post a Comment
Read more

Panhandling for New Wrecks In the Gulf of Mexico 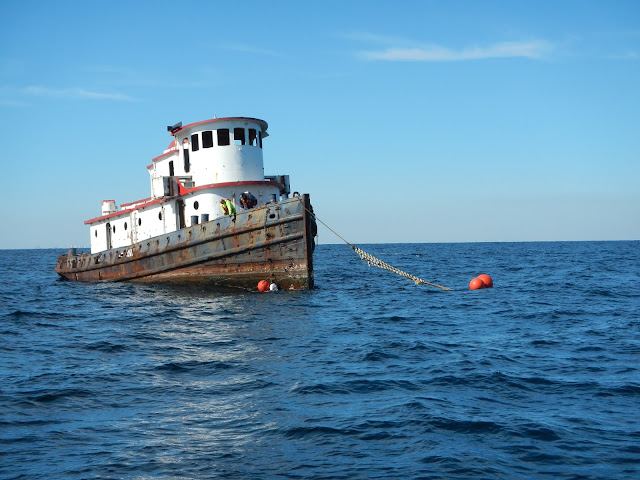 . By Stephen Weir ·       From the June 2016 issue of Diver Magazine OceanWind was sunk to create a new dive site for Florida Pan Handle divers. Close too shore and not too deep.  Not yet part of the Trail (but could be soon) wreck already a popular dive site .  Florida Panhandle divers don’t have to apologize for having a sinking feeling tug, away at their C-cards.  Early this year OceanWind, a retired harbour tug was made environmentally safe, hauled out into the Gulf of Mexico and scuttled.  Dive shops in Pensacola are already running scuba charters out to the first new artificial reef of 2016 and promise that there are more ships to be sunk this year and beyond! The OceanWind was a floating workhorse.    Built in 1952, she worked in the Pensacola Harbour pushing and pulling big ships as they came in and left port. The OceanWind has a massive engine to bully much bigger craft near the docks.    She was 30 metres long, 8 metres wide and 12 metres tall.
Post a Comment
Read more
More posts