Showing posts from February, 2016
Show All

CHRIST OF THE ARM - finding the Lord at Outdoor Adventure Show 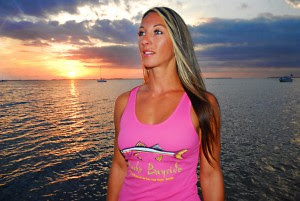 from social media posting(s) Press photo of Erin Whitley. She is the Group Sales and Marketing Director for Stuart Cove's Dive Bahamas in Nassau. Iconic sculpture the inspiration for model's ink I did a photo feature with the Discovery Channel about the underwater Christ of the Abyss sculpture. They used online  a number of pictures I had taken of Him while on a photo shoot in the Keys with Olympus Camera. Christ of the Abyss is a bronzed statue that is underwater in the John Pennekamp Underwater Park near Key Largo - it is probably the most popular dive/snorkel site in America. Christ of the Abyss. John Pennekamp Underwater Park in the Florida Keys. Photo by  Stephen Weir   The bronze statue was sculpted by Guido Galletti, in 1954. The original is underwater off the coast of Italy. A second casting of the statue is underwater near Key Largo -- it is the most popular snorkel / dive site in the Florida Keys. There is an above water casting of Christ of
Post a Comment
Read more

Windsor's famous son, John Scott is featured at the Art Gallery of Hamilton.

. The Sci-Fi Visions Of Canadian Artist John Scott Twee HUFFINGTON POST John Scott - from George Socka video I met artist  John Scott  back in Windsor in the late 60s, long before he started painting bunny ears on boxer Mike Tyson and a sci-fi wheelchair for a long-forgotten pope! It was my first year being on-air at the Windsor U radio station and it was an era of profound change in Canada's Motor City. Back then Scott was a young street artist. He was also a factory worker (he had dropped out of school before he finished Grade 10) and a union activist. It was a good time and a good place for him to be. Anyone young and living in Windsor in that decade, John Scott included, was politically aware and ready to take to the streets to support the cause of the week. He had a ringside seat for the burning of an American city during the  Detroit Riots . There were the anti-nuke protests that brought us all out to shut down the Ambassador Bridge -- indus
Post a Comment
Read more
More posts