CARIBBREAN TALES CALLS IT A DAY -- TILL NEXT YEAR 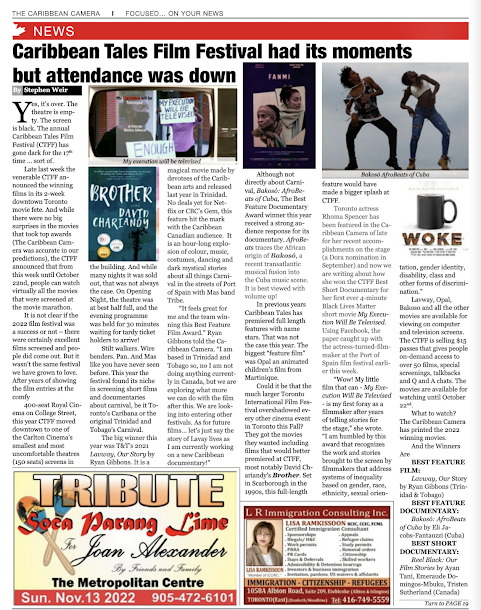 Yes it over. The theatre is empty. The screen is black. The annual Caribbean Tales Film Festival (CTFF) has gone dark for the 17 th   time … sort of. Late last week the venerable CTFF announced the winning films in its 2-week downtown Toronto movie fete. And while there were no big surprises in the movies that took top awards (The Caribbean Camera was accurate in our predictions), the CTFF announced that from this week until October 22nd, people can watch virtually all the movies that were screened at the movie marathon.   It is not clear if the 2022 film festival was a success or not – there were certainly excellent films screened and people did come out. But it wasn’t the same festival we have grown to love. After years of showing the film entries at the comfy 400 seat Royal Cinema on College Street,  this year CTFF moved downtown to one of the Carlton Cinema’s smallest and most uncomfortable theatres (150 seats) screens in the building. And while many nights it was sold out, that
Post a Comment
Read more 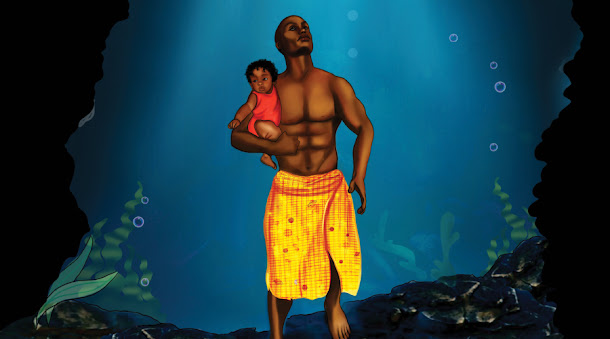 Late Breaking Good News For Obsidian   OF THE SEA! OPERA Just as the Caribbean Camera was going to press, the Slaight Family Foundation  announced a $15-million donation to be spread among 22 Canadian theatre companies that continue to be affected by the pandemic. The money  is to be used over the next two years for theatre production and marketing by those receiving this infusion of cash.  One of the theatres that is to receive a portion of Wednesday’s surprise announcement is Toronto’s Obsidian Theatre. Founded in 2008 by the late media mogul and philanthropist John Allan Slaight, the Slaight Family Foundation has donated  given $185 million to a variety of health care and wellness initiatives, not including the latest arts funding. Allan Slaight’s son Gary ,  president and CEO of the Slaight Family Foundation,  and a one-time major investor and part-owner of FLOW radio,  commented, “We’re very happy to support these organizations so they can focus on the work of creating & bri
Post a Comment
Read more

THE TORONTO BOOK PRIZE - $10K TO THE GOOD

Next Stop The Winner’s Circle For Three Historians? Will the trend continue? Over the years the Toronto Book Award Gods have looking kindly on Toronto Caribbean and Black authors when it comes to picking the best book of the year which includes Toronto content in its pages.  Firebrand BLM writer Desmond Cole, Poet Dionne Brand, Malvern’s David Chariandy, radio founder Denham Jolly, and novelist Rabindranath Maharaj all have won the annual top prize of $10,000. The city’s annual award has recently released the names of the five 2022 finalists, and one of them has an opportunity to win the Prize the second time around.  Three distinguished scholars of Black history tell that powerful story of the 40,000 slaves who escaped to Canada from the US. Hundreds and hundresd passed through Toronto, many of them stayed. The detailed social and political history is brought to life in dozens of remarkable profiles of the women, men and families who made that dangerous journey.   Now in 2022 the book
Post a Comment
Read more 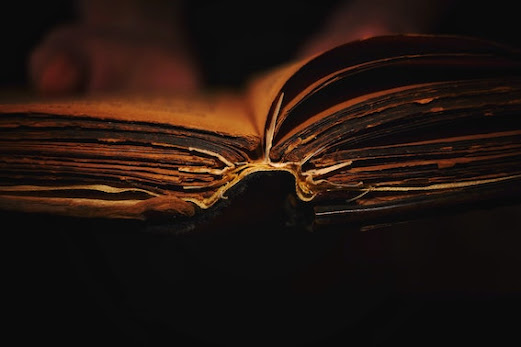 Doing a Number One on Mister Two and his Three Wishes ⓒ Stephen WEIR, weir31@ September 19,2022. Toronto/Windsor, Canada Dear Paul: My news is devastatingly bad, but I do get to gloat.  I know that I can’t out wish Lucifer, that Old-Scratch. It is a well-known fact that when one gets three wishes and  Wish Number One  is to demand three more, punishment comes at you Big Time. A Satan Slap Down. He is bound by God to make people like you and me pay for our avarice and sins.  Kidnapped. Beaten. Raped. Theft. God knows we have tortured more than a few angels in our time. Or maybe he will get all humourous and transfer me into the body of Helen Henny the chicken singer with  the Chuck E. Cheese Band. In between playing that maddening Happy Birthday ditty He will force-feed me day old pineapple pizza until I break down and wish back those extra wishes. It could take decades, but Mephistopheles doesn’t care, he revels in timeless torture. Wonder what he will do to you? You know I have alwa
Post a Comment
Read more 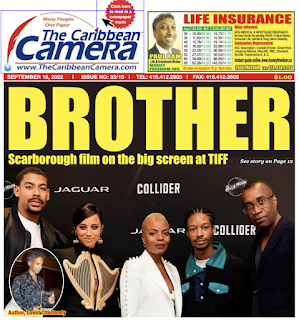 Three of the best film festivals’ films in three different venues on three different days but come on, Jamaica is no T&T Why does it just happen in September? Now that all the critics and movie people have seen the best new film festival flicks how do we, the common people get a chance to buy bags of popcorn, sit back in a darkened theatres and watch a trio of amazing movies about the community’s history, its living heroes and of course Carnival. We are talking about a suite of films that have just gotten the red carpet treatment at three different events and venues - the Caribbean Tales Film Festival launch, a Harbourfront star studded 85 th  birthday party / film premier, and a drama about growing up in Malvern which debuted earlier this month at TIFF and shows again at a TIFF repeat  showing next week. These three titles, with one reservation are keepers not just for now but forever.   Toronto Caribbean Carnival: Fun and Free  is an hour-long documentary about the annual Carib
Post a Comment
Read more 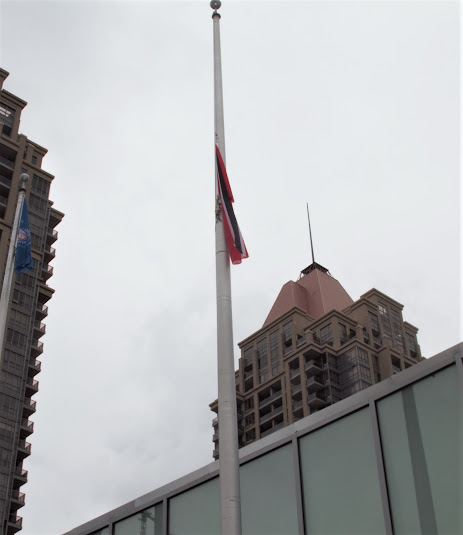 One Last Time – Raising the Black, Red and White in Mississauga Photos by Horace Thorne   If people in the GTA didn’t know whose colours are  black, red, and white,  after August 31 st  they do now. The people of Trinidad and Tobago celebrated that country’s 60 th  anniversary with events, ceremonies, parties, soccer matches, Cricket games and flag-raising ceremonies. Photographer Horace Thorne who took these pictures, is also the president of the  Trinidad and Tobago Association of Ontario. He covered the Mississauga First Flag Raising ceremony to mark T&T’s Diamond Jubilee  for the Caribbean Camera . The event, was planned for the most part by the association’s vice president, Jean Turner Williams and  was held at Mississauga’s  City Hall. “The City Hall did a wonderful job,” reported Thorne. “There  was a slight shower, so we all moved inside, for the speeches, and food.” Once inside, the Mayor Designate, Councillor Dipika Dermeria spoke on behalf of the city and Consul Genera
Post a Comment
Read more 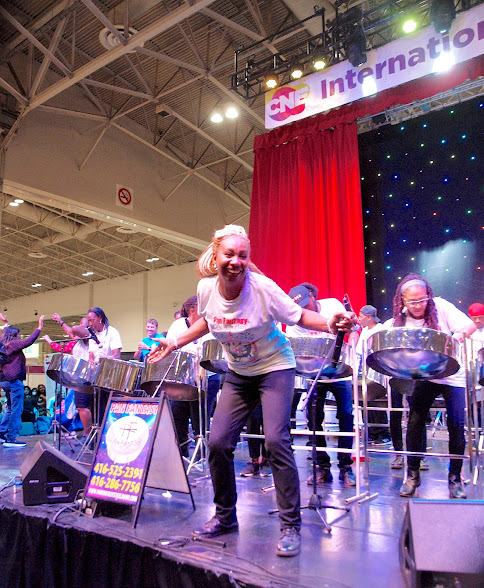 Exhibition closes with a bang on a steelpan d rum Stephen Weir Monday. Just an hour before the CNE gates shut for the last time this year, Wendy Jones stood on the fair’s International Stage and asked an audience how they are all feeling.  A crowd of 1,000 pan enthusiasts shouted back long and loud. “Hot. Hot. Hot!” Wendy Jones and the Pan Fantasy Steelband and responded in kind.  A rousing stripped down rendition of the Merryman’s  Feeling Hot Hot Hot closed out their one-hour performance in Enwave building at the Ex.  By the time they had packed up their kit (and posed for this picture beside the stage) the CNE had already gone into its shut-down mode for what has been a very successful festival, coming off a 1-year Covid shutdown. The CNE was held from August 19th to September 5 th . According to Darrell Brown, the boss of the festival the “ attendance was over 1 million by the middle of last week, a 10 per cent increase when compared to 2019. He says even though the last four da
Post a Comment
Read more
More posts