Now Everyone Can Be Sweet 'N' Nice 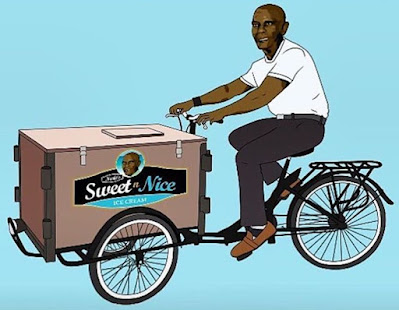 Charles Neale (stylized)
For Trinis who have long memories remember Sweet N’ Nice, a traditional  San Fernando street ice cream. For readers who have no idea what we are talking about, the sweet news is that many major supermarket chains in the province are stocking (or about to) this Caribbean style ice cream. 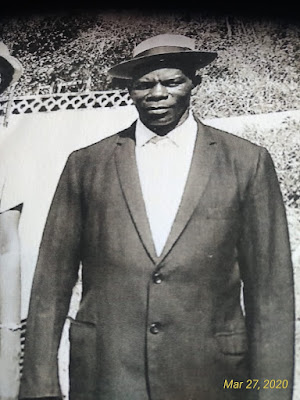 Photo Left Charles Neale
Some 80 years ago, Charles Neale was a fixture on the streets of Port O Spain.  He created ice cream flavours from the fruits that grow on the island, guava, pineapple, and coconuts.  Selling from an icebox attached to his bike he would pedal through the streets calling out to the kids “Come get your Sweet N’ Nice Ice Cream.”
Charles Neale is gone now, but his daughter Rose and his grandchildren are using those original recipes to give consumers an all-natural product that isn’t chocolate based. Made in Vaughan north of the city the family has big plans to introduce island flavoured ice creams to ALL Canadians, and, maybe just maybe, reintroduce the Charles Neale brand back in T&T and the rest of the Caribbean. 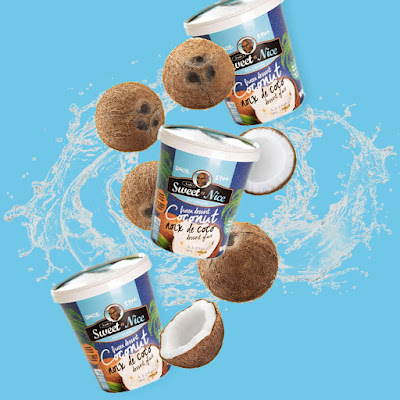 For the past seven years the ice cream has been available in those stores in Scarborough and the GTA that cater to the diaspora.  Now thanks to some newly inked stocking agreements with food stores including Sobeys, Urban Fresh, FreshCo, Foodland, NoFrills, Superstore and Metro, the ice cream is available or (will be soon) in store freezers across the GTA and Ontario.
“This summer we are expanding our line-up of flavours – Mango, Coconut, Rum & Raisin, Guava Passion Fruit and Pineapple, just in time for summer” company CEO Andrew McBarnett told the Caribbean Camera. “It is all about the island taste, and because of the diversity here people  already know about these flavours or if they don’t, they are not afraid to try them.”
“ The trend these days is all about natural products. Foodies are willing to give passion fruit, pineapple, pink guava, even prunes a try,” he continued.  “ We try to source as much of our ingredients from the Caribbean as possible.  The reality is that not a lot of Caribbean countries are still farming for export.” 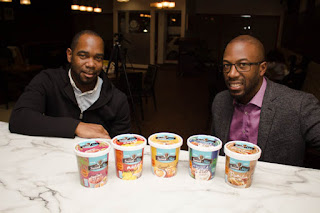 McBarnett was born, raised and schooled in Trinidad (he graduated from San Fernando Institute in Port of Spain) before moving to the UK where he continued his business education.  He married and eventually moved to Canada and became an expert in the field of Loyalty Programs.  An appearance on CBC’s Shark Tank vaulted him into the Ice Cream business.
“Most of the family is now in Canada, although Auntie Rose is still in Trinidad. She is my granddaddy’s daughter, so she has many many other recipes that we can develop as Caribbean Ice Cream begins its domination of the world,” joked the CEO.

Reporter’s Note: With the current pandemic shutdown currently in place people have started referring to it as Covid 29.  Why 29 and not 19? That extra 10 refers to the poundage we shut-ins have packed on over the past 3-months. We know this first hand after demolishing a box full of frozen samples of Sweet & Nice, or as I now calls it (tummy) Swell ‘N’ Nice.
andrew mcbarnett caribbean flavour Charles Neale Coconut Guava Passion Fruit and Pineapple icecream mango Rum & Raisin San Fernando Sweet 'N' Nice trinidad and tobago