June 04, 2020
Reyez on the money with the world's best. Raise a Guinness to their records - by sweirsweir 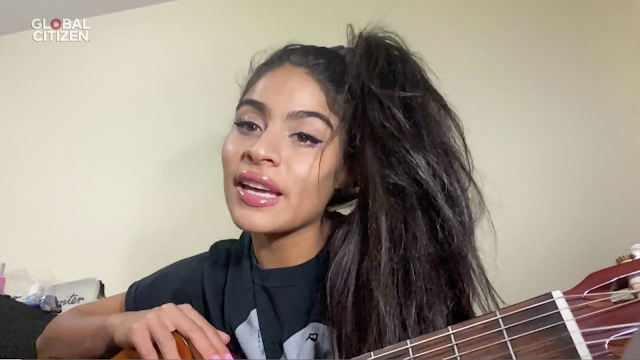 At a time when everything cultural is now only available via smart phones and computers, it is hard for a singer to get noticed when performing online, unless of course you are talking about Jessie Reyez. In late April she teamed up with Oprah, Michelle Obama, Elton John, Celine Dion and Michael Bublé to perform to the world and set a couple of Guinness records in the process.
It was an online music festival called One World: Together at Home and some of the world’s biggest names virtually came together to raise money in aid of COVID-19 relief. The history making digital festival was co-hosted by the World Health Organization and Global Citizen.
Earlier this week Guinness World Records contacted me to say that the global broadcast and digital event achieved two Guinness World Records titles. The online event set a record for most musical acts to perform at a remote music festival and a record for most money raised for charity by a remote music festival to aid in COVID-19 relief efforts.
During the eight-hour event meant to honour, inspire, and support frontline healthcare workers and bring families together, 72 artists performed or spoke from across the globe. Lady Gaga and Jimmy Fallon shared MC duties In addition to Reyez some of the other stars who performed included Billie Eilish, Taylor Swift, Jennifer Lopez, and Sam Smith.
If you are younger than 30, Jessie Reyez is a big deal. The 29-year old singer/songwriter was born in Toronto and lived with Colombian parents first in the Jane Finch neighbourhood and then in Brampton. She learned how to speak English just as she was learning how to play guitar in grade school. After high school the family moved to Florida where Reyez became a bartender. She returned to Canada four years ago to launch her music career.
"I feel like [Toronto] is a mosaic of cultures, it's a mosaic of races,” she told Virgin Radio in a recent interview. “It's cool because I come from an immigrant family, so it's nice to be able to have grown up somewhere where it's normal to wave your parents' flag, and wave the Canadian flag." 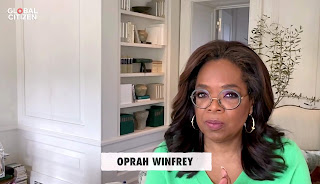 Kiddo, her first EP released in 2017, sold well and garnered a number of music nominations and awards including a Juno. Billboard named her one of the "10 Hip-Hop and R&B Artists to Watch in 2018". Her next album was nominated for a Grammy. She appeared on the Jimmy Kimmel Show and collaborated with Eminem the hit songs "Nice Guy" and "Good Guy". She performed her song Coffin for the One World Festival.
Additional appearances from other artists, philanthropists, and dignitaries, included Lang Lang, Beyoncé Knowles-Carter, David and Victoria Beckham, Maluma, Oprah Winfrey, Former United States First Ladies, Mrs. Laura Bush and Mrs. Michelle Obama, and United Nations Secretary-General, António Guterres.
Their efforts resulted in $127,900,000 (US) in commitments from corporate partners and philanthropists to support efforts by the COVID-19 Solidarity Response Fund for the World Health Organization.