From Cheers To Tears 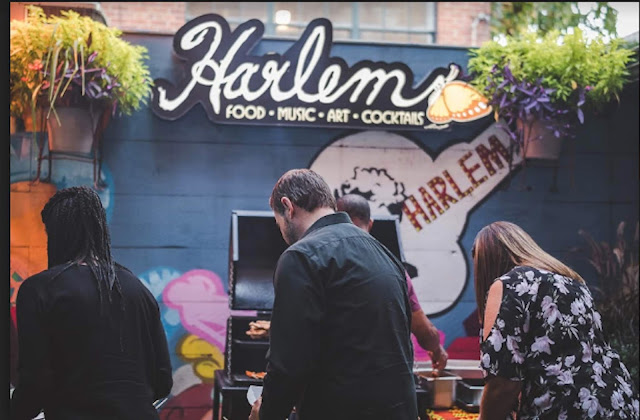 Harlem Resto Is About To Be Laid To Rest

By Stephen Weir: What a difference a week makes. Last week the Caribbean Camera was telling readers about how Carl Cassell provided a Jamaica fundraising group the run of his Harlem restaurant and now we are reporting on the demise of one of Toronto’s few downtown Black cuisine restaurant.
In message forwarded to the paper, Cassell said that his Harlem Underground on Queen Street West was turning 10 years old on November 9th.  “To celebrate this auspicious occasion, we have decided to close the restaurant. “

“Over the last decade Harlem Underground has been an epicentre of black food and culture within the downtown core,” said Cassell. “The decision to close comes not from the restaurant itself, as I continue to be supported by the community at large, but from a personal need to see other creative endeavours grow.

Part restaurant. Part music hall. 100% a world destination.  Inspired by New York City’s Harlem Renaissance of the 20s, the Toronto resto is a food, art, music and cocktail oasis.  Their food is a blend of Afro-American and Caribbean inspired dishes.

Cassell says he has owned three successful restaurants in the past 18 years (Harlem's Richmond location closed in 2017). Now he is transitioning from the restaurant industry into the world of art, his other passion.

Art has been an integral part of Harlem Underground’s mandate.  He intends to focus on his recently completed project, the first-ever shipping container home in downtown Toronto, which he will be using as a Gallery/Living Space. Cassell is also breaking ground on a new project. He will be building a shipping container Retreat Centre, one hour outside of Toronto.

“Until its official closing date of November 11, 2019, Harlem Underground will be offering a Harlem Favourites Menu, said Cassell.  “ Everything will culminate on the final weekend of November 8-11th, with four nights of debauchery and nostalgia in the form of music, art, food and cocktails.” 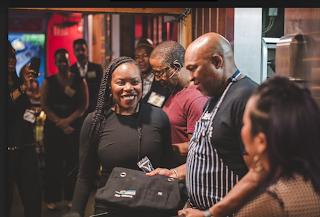