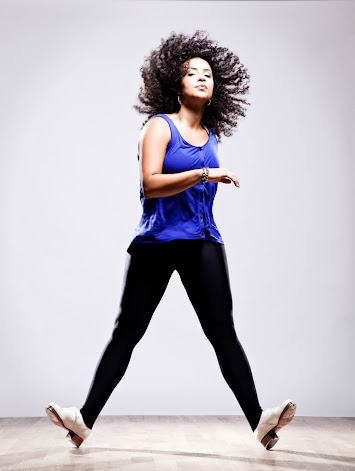 Lisa La Touche, one of this country’s best jazz tap dancers ever has returned to Canada and is currently avoiding the virus in Calgary. Once the lockdown is over she hopes to perform her newest tap dance work  – Fool’s Gold - live in Toronto and maybe even one day in Trinidad, the land of her father’s birth.

For now Torontonians will have to catch her online this Saturday October 3rd.  She is taking part in the Fall For Dance North’s  “ The Flip Side ” Project and has created an eight minute tap dance for the Toronto online and live event.

The Festival began earlier this week and runs until October 18. LA Touché along with five other Canadian dance choreographers and troupes, are performing world premier dances live on stage and on tape this weekend.

Her dance, Fool’s Gold, is very much inspired by what is happening in the world right now.  The title references pyrite, a worthless glittering mineral that is often mistaken for real gold.

“ We want to own it, but is it really gold?” she told the Caribbean Camera by phone from Calgary. “My spin on it, as a dancer of mixed race, is that awareness of (the folly of) chasing Fool’s Gold." My mantra is that we need gold, real gold, not pyrite. “

“Tap dance is a true Black (dance form), it is an expression of resilience and freedom,” she continued, “It is made by the people and its roots are from slavery. You can’t be tap dancer without paying homage to slavery and our history.”

La Touche has being living the dream in New York City for a decade and a half.  She has appeared on Broadway in the original, award-winning cast of Shuffle Along. Her own choreography showcases impeccable clarity and musicality. La Touche has toured the continent (including Toronto) with shows like Stomp and Stepz. 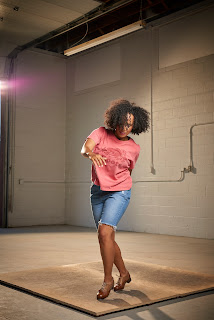 Tap dance comes from a context of racism and oppression; tap has also evolved as an expression of resilience and freedom. For the dance festival, Lisa La Touche embraces her art form anew.

Although born in Canada she has being living in Harlem for most of this century. When the virus hit the Big Apple in March she jumped on a jet with her young son and came back home.

The return to Alberta was supposed to be temporary. But after moving from mom’s basement to an apartment in the city for herself and her toddler son, she realized she wasn’t going back to the USA anytime soon.

It didn’t take long to find an ultra modern dance studio to work out of with access to some talented tap dancers. Saturday’s 7-minute tap dance performance of La Touché and her dancers were pre-taped in the Decidedly Jazz Danceworks’ Calgary studio building. 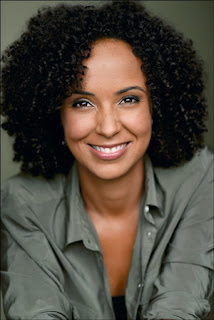 Thanks to Zoom, she will also be live on Saturday after her dance to talk to a small Toronto audience in the Fleck Theatre about Fool’s Gold, the art of Tap Dance and maybe even why she moved back to Canada.

“ I was really traumatized by the death of George Floyd and what was happening to Black people (in the USA),” she continued. “ I don’t feel the social fear here in Calgary. I am not scared for my son when we are outside walking.”

“At some point I do want to get to Trinidad, even though my roots are there, I never have actually been there,” she said. “You know my grandmother worked for BWIA in Trinidad. I have heard so much about T&T and I want to experience it myself!”