The Cu-Bop Drop. Q&A with the Japanese director who took a NYC Jazz man home to Cuba to jam! 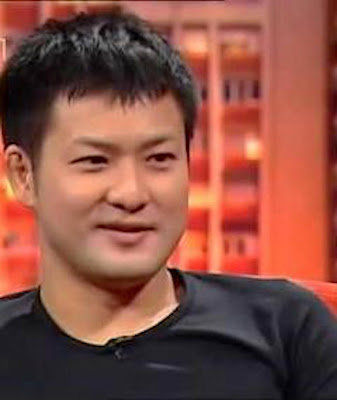 Cu-Bop is about to drop large and the Caribbean Camera knows why. Last week the paper printed Stephen Weir’s story about a Japanese made movie  which will be premiering at the 2020 CaribbeanTales Film Festival.

The feature length Cu-Bop Across The Border is a Jazz Tale of Two Cities.  Axel Tosca plays piano in Harlem while Cesar Lopez is Cuba’s beloved virtuoso saxophonist. Filmmaker Shinichi Takahashi brings Tosca across the border to hold a Cu-Bop jam with Lopez and music magic is made. (Cu-Bop refers to a popular 40’s style of music based on Afro-Cuban rhythms that have been mashed up with American jazz harmonies.) 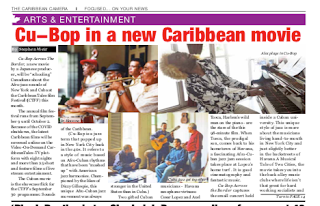 Films director and self confessed jazz bar fanatic Shinichi Takahashi talked, online, with Stephen Weir about how he came to make this musical documentary about Cu-Bop jazz in New York City and Havana, Cuba. What follows is an edited version of their conversation.

Question #1. Where do you live and how did you come to know about Cuban Cu-Bop

Answer to Question#1.  I currently live in Tokyo, Japan. I'm a photographer and writer by profession. As a photographer, I have been fascinated by the Cuban culture and have made 25 trips to the country since 1995. I have published three photo books on Cuba with a Japanese publisher.

And I was so fascinated by Cuban music that I founded a record label dedicated to Cuban music and released a CD of four original albums. The musicians in my film are all people I met during my creative process.

It took a lot of work and money (for me) to get Axel Tosca, a Cuban living in New York, to Cuba. My motivation for overcoming that difficulty was the conviction that if I could take Axel to Cuba and get him to play the piano, it would be a miracle. In fact, he performed a miracle piano in Cuba.

Question #2. Is this September's showing in Canada the first screening of the movie in North America?  What are you plans for the film given what is going on now in terms of the pandemic?

Answer to Question #2 In fact, the film Cu-Bop Across The Border (evolved from an earlier) indie cinema release I called Cu-Bop.  That film attracted a lot of attention in Japan, and after (receiving) some funding, a producer was brought on board along with a top-notch editor, sound designer and sound mastering engineer. There was additional filming and editing, and Cu-Bop Across the Border, was completed as a new film production. This will be the first time that Cu-Bop Across the Border will be screened in North America at CaribbeanTales Film Festival (CTFF). Nothing is set in stone for the North American rollout of this film (after that). We would love to have the help of the folks at CTFF. 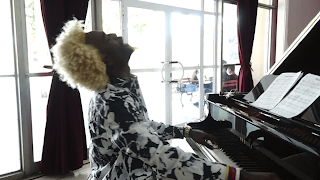 Question #3 How have audiences in Communist Cuba reacted to your film?

Answer #3. Actually, we haven't been able to screening this film in Cuba yet.  We will make efforts to realize the screening in Cuba in the future.

Question #4 What have you been doing during this world pandemic?

Answer #4.  I am sitting at home, dutifully working on a manuscript, which I was asked to write for a job.

Shinichi Takahashi will not be able to be in Toronto on September 30th for premiere of his movie. The Cuban movie is the showcase flick for the CTFF’s evening programme dubbed the Sounds of the Caribbean.