Announcement made on Tuesday September 22 in the UK. Cundill Shortish list.

The shortlist for the 2020 Cundill History Prize was revealed on 22 September in a virtual event hosted by chair of the jury Peter Frankopan and jurors Anne Applebaum, Lyse Doucet, Eliga Gould and Sujit Sivasundaram. The award, which celebrates the best of the year’s history writing from around the world, has expanded its shortlist from eight to ten authors for the first time. This year’s finalists will be announced on 20 October, with the winner set to be revealed in November.

The full shortlist is as follows:

Greece: Biography of a Modern Nation

(The University of Chicago Press/Penguin)

Tacky’s Revolt: The Story of an Atlantic Slave War

The Anarchy: The Relentless Rise of the East India Company

Black Wave: Saudi Arabia, Iran and the Rivalry that Unravelled the Middle East

Black Radical: The Life and Times of William Monroe Trotter

The Hundred Years’ War on Palestine: A History of Settler Colonialism and Resistance, 1917-2017

Providence Lost: The Rise and Fall of Cromwell’s Protectorate

Unworthy Republic: The Dispossession of Native Americans and the Road to Indian Territory

Fifth Sun: A New History of the Aztecs 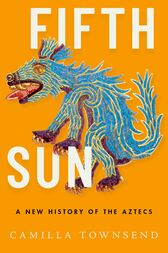