ORDER OF CANADA - FOUR OUT OF NINETY-NINE AIN'T BAD 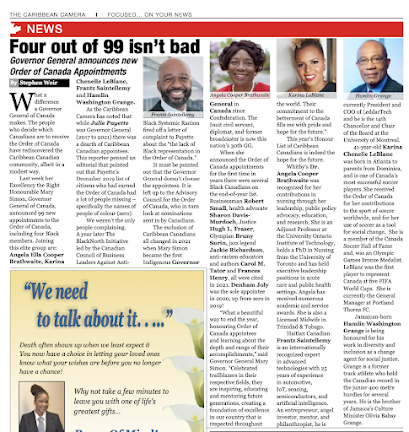 By STEPHEN WEIR for the Caribbean Camera - What a difference a Governor General of Canada makes. The people who decide which Canadians are to receive the Order of Canada have rediscovered the Caribbean Canadian community, albeit in a modest way.

As the Caribbean Camera has noted that while Julie Payette was Governor General (2017 to 2021) there was a dearth of Caribbean Canadian appointees.  Reporter Stephen Weir penned an editorial that pointed out that Payette’s December 2019 list of citizens who had earned the Order of Canada had a lot of people missing – specifically the names of people of colour (zero).

We weren’t the only people complaining. A year later  The BlackNorth Initiative led by the Canadian Council of Business Leaders Against  Anti-Black Systemic Racism fired off a letter of complaint to Governor General Julie  Payette about the “the lack of Black representation in the Order of Canada.”

It said in part that; “it is not by accident, but part of an orchestrated denial and institutional racism by a country where slavery and systemic racism existed to minimize the Black Canadian experience and minimize—if not eliminate—the contributions Blacks have made from the history books.”

It must be pointed out that the Governor General doesn’t choose the appointees. It is left up to the Advisory Council for the Order of Canada, who in turn look at nominations sent in by Canadians.

The exclusion of Caribbean Canadians all changed in2021 when Mary Simon became the first Indigenous Governor General in Canada since Confederation. The Inuit civil servant, diplomat, and former broadcaster is now this nation’s 30th GG.

When she announced the Order of Canada appointments for the first time in years there were several Black Canadians on the end-of-year list. Businessman Robert Small, health advocate Sharon Davis-Murdoch, Justice Hugh L. Fraser, Olympian Bruny Surin, jazz legend Jackie Richardson, anti-racism educators and authors Carol M. Tator and Frances Henry, all were cited in 2021.   Seven people; up from just one person, Denham Joly the year before and zero in 2019!

“What a beautiful way to end the year, honouring Order of Canada appointees and learning about the depth and range of their accomplishments.” Said Governor General Mary Simon. “Celebrated trailblazers in their respective fields, they are inspiring, educating and mentoring future generations, creating a foundation of excellence in our country that is respected throughout the world. Their commitment to the betterment of Canada fills me with pride and hope for the future.”

This year’s Honour List of Caribbean Canadians is indeed the hope for the future. 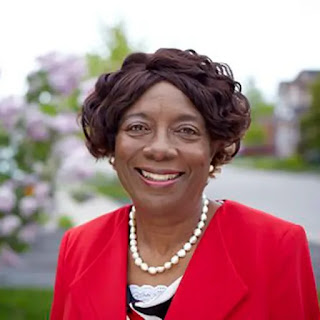 Whitby’s Dr. Angela Cooper Brathwaite (pictured right)  was recognized for her extensive contributions to the field of nursing through her leadership, public policy advocacy, education, and research. She is an Adjunct Professor at the University Ontario Institute of Technology, holds a PhD in Nursing from the University of Toronto and has held executive leadership positions in acute care and public health settings. Angela has received numerous academic and service awards.  She is also a Licensed Midwife in Trinidad & Tobago.

Haitian Canadian Frantz Saintellemy is an internationally recognized expert in advanced technologies with 25 years of experience in automotive, IoT, sensing, semiconductors, and artificial intelligence. An entrepreneur, angel investor, mentor, and philanthropist, he is currently President and COO of LeddarTech and he is the 14th Chancellor and Chair of the Board at the University of Montreal. 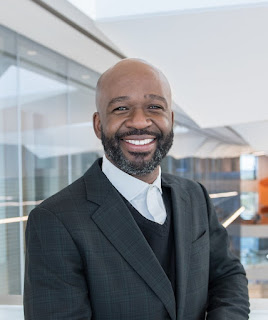 41-year-old Karina Chenelle LeBlanc is one of Canada’s most successful soccer players receiving the Order of Canada for her contributions to the sport of soccer worldwide, and for her use of soccer as a tool for social change.  She is a member of the Canada Soccer Hall of Fame and, was an Olympic Games Bronze Medal winner from her international career as a goalkeeper. She was the first player to represent Canada at five FIFA World Cups from 1999 to 2015. She played her club football in Canada and USA, won league titles in Boston and Los Angeles, and playoff titles in New Jersey and Portland.LeBlanc is currently the General Manager at Portland Thorns FC. 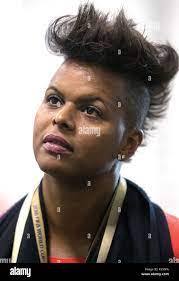 Born in Atlanta to parents from Dominica (the family was taking refuge in the US from a storm in the Caribbean at the time), LeBlanc was eight when she moved from the Dominica to British Columbia. 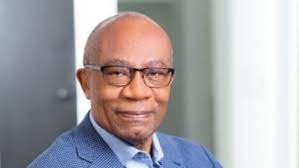 Jamaican-born Hamlin  Washington Grange (pictured left) is the fourth Caribbean Canadian to have been awarded the Order of Canada this December. He is being honoured for his work in diversity and inclusion as a change agent for social justice. Grange is a former track athlete who held the Canadian record in the junior 400 metre hurdles for several years. He is the brother of Jamaica’s Culture Minister Olivia Babsy Grange.