Ovo to you Drake. Drink a Lebron Cocktail and Toast the Caribana Weeken

Is it good news for the Toronto Caribbean Carnival or is great news for Drake? 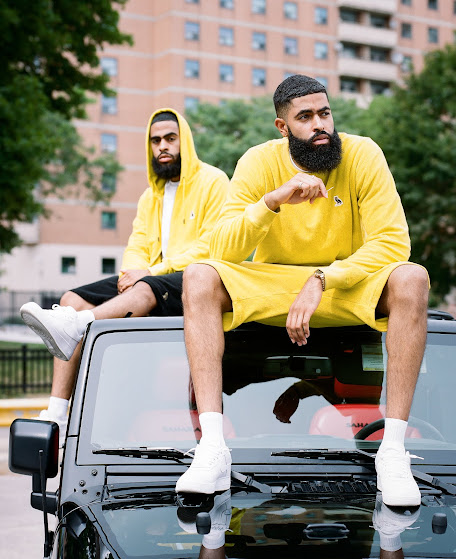 The Toronto based singer traditionally holds a multi-day music festival at Ontario Place in and around the Caribana weekend. Some years the timing of the start of his concerts have conflicted with the closing down of the Grand Parade along Lakeshore Blvd making parking a nightmare. Not in 2022! Drake has just announced the dates for his three Ovo concerts, none of which will take place on parade day (July 30th).
On Thursday July 28th the OVO festival kicks off with a showcase of "All Canadian North Stars" at History, the new concert hall Drake owns on Queen Street East in Toronto’s Beach District.
The show starts at 7pm. venue and you must be at least 19 to attend. As of last night Drake had still not released the names of the acts performing.
The other two OVO events will be held at Ontario Place (Budweiser Stage) with Chris Brown and Lil Baby headlining on Friday July 29th. On Monday, August 1st Drake is presenting a Young Money Reunion featuring Lil Wayne and Nicki Minaj.
The news that Drake is bringing back his Ovo festival for Toronto was immediately met with a wave of cheers on social media. However when the ticket price were announced, a smaller wave of boos hit social media.
“ Pickering here!” posted Donna Hart. “ My son literally just told me, he’s such a huge Drake fan. Twenty-year old fan without a ton of money don’t rank, I guess. $900 to sit on the lawns! Lost their minds.”
There are, as of yesterday general lawn seating available for less than $200.00, but for a good view? Music lovers will have to go to a reseller where well-placed lawn seats are costing up to $1,029.35. Want to sit in front of the outdoor stage with a roof overhead? Up to $2,000 for floor seats, again when purchased from a reseller.
Aside from resellers - the Budweiser stage concerts appear to be sold out. I was was offered through Twitter a ticket to OVO Monday August 1st Young Money Reunion with Drake, Lil Wayne and Nicki Minaji for $2,000 (Bitcoin only!)
Drake isn’t the only big-name staging events over the Caribana weekend. Another hot ticket is the annual Daylight Party at the King Street West Lavelle poolside restaurant and bar. The Friday July 29th, afternoon soiree is hosted by NBA great LeBron James. Look for the popular LeBron cocktail.
All Canadian North Stars Chris Brown Daylight Party Drake Lavelle LeBron James Lil Baby Lil Wayne and Nicki Minaji Ontario Place OVO Young Money Reunion