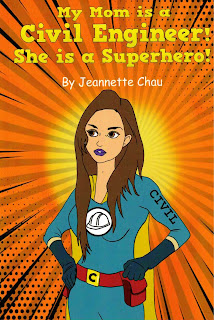 Engineers live to solve problems.  For Mississauga author and engineer, the problem that she is trying to solve is how to inspire young girls to grow up and become engineers so that they too can remake the world.

Jeannette Chau, is a Mississauga based electrical engineer who handles government relations work for the Professional Engineers of Ontario by day and writes children’s books by night! She has two books under her Superwoman belt,both are aimed at inspiring Canadian children to earn their Iron Rings (Iron Rings are worn by Canadian-trained engineers, as a symbol of the obligations and ethics of the profession). 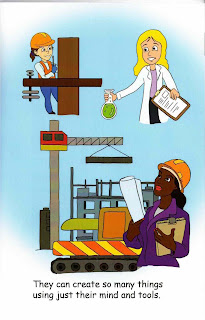 Right now, it is estimated that only 13% of the engineering work force are female. That is a percentage that Chau wants to change ASAP.

“Why aren’t kids thinking about engineering as a career?” she said to the Caribbean Camera “I think women at an early age, want to go into helping – doctors, dentists, nurses, that sort of thing. Engineering still has that male stigma with some girls, but they need to know barriers are coming down.  By the time girls realize they use science (in their studies), they might have already dropped the courses that are needed.”

“I was in a class of 120 males” she continued, “and there were only 12 of us. Girls are being encouraged now in universities, but the numbers have stayed flat.” 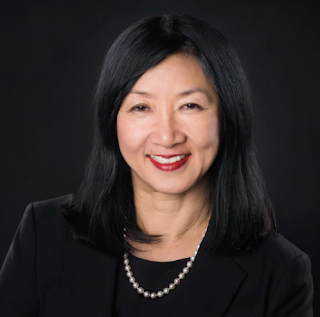 Chau’s campaign is to get girls interested at an early and she is doing it with a series of easy-to-read picture books written from a child’s eye.  The colourful, hand illustrated books have a fun Wow factor that catches the eye and is very inspiring. In the past year she has released two books in her series she calls My Mom is an Engineer! She is a Superhero! There are more on the way.

“I am trying to base the books on real mothers with real kids,” explains Chou. In her first book young readers meet Mabel as she learns that her mother, is a hard-working Civil Engineer. Mabel and her readers discover that civil engineers solve problems, design fixes and then help build the solutions!  Images of rocket ships, satellites, humourously illustrate the whole process!

In real life Mabel’s mom is Emily Saba, a civil engineer who works in Alberta. Mabel is indeed her daughter.

The second book, My Mom is an Electrical Engineer has Mom and daughter dressed like Superwomen except they have hardhat logos on their uniforms!

Readers follow a young girl named Emily who tells us about her mother is an Electrical Engineer. Author Chau is the model for mom.

The just released books are now available on Amazon and at Chau’s website (https://jeannettechau.com/pages/about-the-author). As she begins writing volume three in the series, she is looking to work with a publisher to get her books available where young girls hang out - bookstores, schools and libraries.

Chau has listed 15 different types of engineering that young girls might choose when thinking big thoughts about school.   It will be a long time before young girls and Chau run out of inspirations. 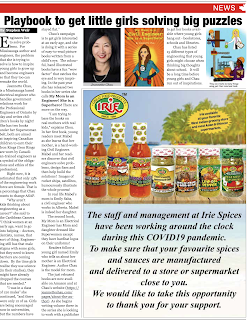