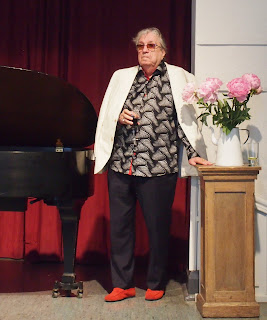 images of women were rarely accepted in conservative Toronto galleries because of their intense, carnal imagery. These drawings nonetheless contributed to a new dialogue about sexual desire from a female perspective, which happened to coincide with the first major wave of Feminism.
Wilk’s devotion to the naked female form kept her largely out of most Toronto galleries in the70s and 80’s. The novelist Timothy Findley wrote: “Looking at these drawings, women are going to know what it is to be a man; men are going to know what it is to be a woman. Nothing greater can be achieved but that we enter one another’s flesh through one another’s eyes. This is the ultimate compassion.”
Author Barry Callaghan (pictured) the partner of the late held a private Salon opening for the late artist at the Heliconian Club. Friends, club members, and art lovers, and poets and attended this retrospective The Genius of Claire Wilks. 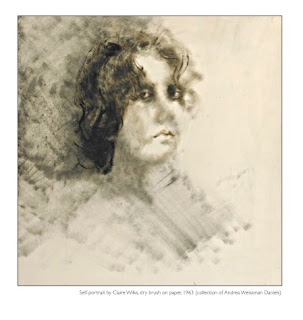 Well-known critic and curator of the McMichael Gallery, Sarah Milroy gave a talk on her work.
Two days later a public opening was held. Musicans and poets who were friends with the aritst attended and performed. Pictures from that event are shown below. Show is jazz composer pianist Joe Sealy and Juno Award winning guitarist Dominic Mancuso perform the late artist's favourite compositions. 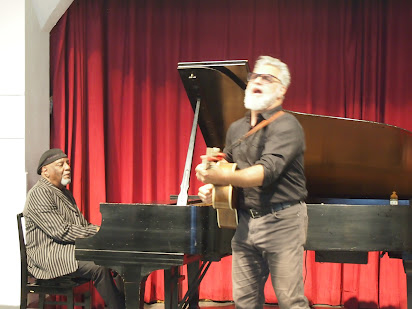 The second exhibition of Wilks work opens at 11 am tomorrow - June 11 --at the Gevik Gallery. Gevik's is presenting a survey of the startling, emotional drawings, monoprints and sculptures of the celebrated Claire Wilks.
An Opening Reception will occur on Saturday June 11, 2022 with a Discussion with Sarah Milroy at 3pm.
Gallery Gevik is a 12 Hazelton Ave, the Heliconian Club is located across the street at 35 Hazelton Avenue in Toronto's Yorkville district
Barry Callaghan Dominic Mancuso Gevik Gallery Heliconian Club. Hazelton Ave Joe sealy late Claire Wilks nude drawings Sarah Milroy Toronto Wilks