BLAME IT ON KELLYANNE CONWAY 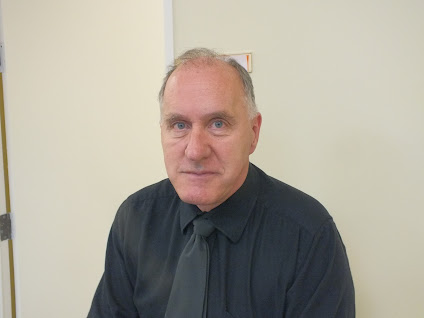 By Stephen Weir Blame it on Kelleyanne Conway, the former counsel to the past president of the United States. Back on January 22, 2017, while being interviewed on the well-watched Meet the Press television programme, Conway was asked why Trump’s press secretary would “utter a provable falsehood”. Her response? Spicer was just providing “Alternative Facts”.  In just two words, Conway had main streeted the business of politicians lying to the media.

The list is so long that one could just list the different words and terms that help define the meaning of Problematic Information that a textbook could be built using them – oops that is probably a lie too.

Many of the above terms in my very short list have been culled from Victoria Rubin’s Misinformation and Disinformation: Detecting Fakes with the Eye and AI (artificial intelligence)

How does one define Problematic Information? Well that is a problem in itself – there are just so many ways to define the two words, and whatever we come up with will change and evolve.  To me the definition self describes. Problematic Information is doubtful data, be it in text form, on-line, in pictures,  film or even in song. Can you believe what you have just read? (Yes by the way).

In this digital world the biggest challenges to figuring out what is true or false in an election campaign is happening online.  How do youdetermineintent after reading a post from a candidate? It is just so easy for political leaders to lie when they touch their keyboards.

In the world of politics problematic data can topple a public figure’s career (i.e Finance minister Rod Phillips release of a Christmas video of himself in front of a fireplace while he actually was in the Caribbean), ruin a company’s business (ie  Dominion Voting Systems slandered by President Trump), topple stock prices (false information released about BreX) and public health practices (pick your online anti-vax message urging Canadians not to get a vaccine).

Of course, thanks to Kellyanne Conway, if voters in Canada and the United States thought that political leaders downright lie when they are in front of a mike, they now know that alternate facts are all part of the game.

Should a voter believe what the Premier says in a press conference? The Toronto Star factchecked statements made by Ford in the TVO debate. “He made 19 checkable claims. Two were repeats of the same true claim. Of the 19, I found 5 to be false, and 6 to be stretches” reported Lex Harvey”

What is the point in reading the election bumph, watching the debates or answering the door when the candidate knocks on the door? Just like the Political Science term Problematic Information, an educated answer to that question may be to say Bull Shit or as the print media has to write, Bull S**T!