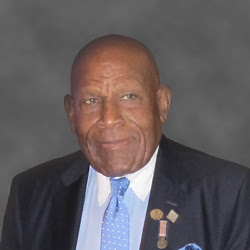 Brandeis Denham Jolly, a Toronto businessman, author and broadcaster is one of 114 new appointments to the Order of Canada announced by her Excellency the Right Honourable Julie Payette, Governor General of Canada. The new appointees to the Order were announced last Friday.
Created in 1967, the Order of Canada is one of our country’s highest honours. The Order spotlights people whose service shapes our society. More than 7,000 people from all sectors of society have been invested into the Order of Canada. Their contributions are varied, yet they have all enriched the lives of others.
Mr. Jolly’s official citation recognizes “his contributions to the promotion of equity and opportunity within the Greater Toronto Area’s Black community.”
85-year old Brandeis Denham Jolly was born in Green Island, Jamaica. After coming to Canada he studied at the University of Guelph, Dalhousie University, and at Montreal’s McGill University where he graduated in 1960 with a BSc.
According to his biography he then studied Education and obtained a teaching certificate. Jolly taught Chemistry and Physics at the Forest Hill Collegiate here in Toronto.
Jolly entered the business world by buying a rooming house near the University of Toronto and in 1968 started a nursing home in the city. He went on to build a hotel in Mississauga and acquired a nursing home in Dallas, Texas. For over 40-years he owned and operated a large and retirement home facility in Mississauga.
In 1982 Jolly bought and published the community newspaper Contrast. That year he also founded and led the Black Business and Professional Association and created the Harry Jerome Awards
He was also active in the civil rights organizations and spoke out on social justice issues as a member of the Black Action Defence Committee.  He was a founding member of the Committee for Due Process. 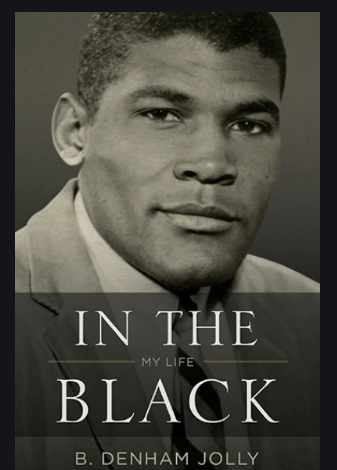 Jolly spent years trying to launch a Black-owned Canadian FM radio station in the city. It was a hard-won decade long battle that resulted in Flow 93.5 going on air in the year 2000.

He has been honoured many times and in many ways during his long career. He has won awards for his cultural contributions including the Black Media Pioneer Award, the African Canadian Lifetime Achievement Award, and the Canadian Urban Institute's City Soul Award. In 2007 he was presented with a Black History Award from the Markham African Caribbean Association. The city even named a lane after him – Jolly Way.

Three years ago B. Denham Jolly won the $10,000 2017 Toronto Book Awards for his memoir In the Black: My Life, published by ECW Press.

Upon learning of the Governor General’s announcement Jolly is quoted as saying that “he was humbled to receive one of the highest honours of Canada where I have lived for over 60 years and honoured to be regarded as a contributor to such a great country”.

It wasn’t long after that Twitter was jammed with messages of congratulations from Canadians, Jamaicans and fans throughout the Caribbean!

“ In 1982, when Denham Jolly founded the BBPA, we wonder if he also thought that 38 years later he would be appointed this great position,” tweeted the Black Business and Professional Association. “Huge Congratulations!!”

The president of the Jamaica Canadian Association went on line to praise him too. “Mr. Jolly has fought against anti-Black racism, systemic discrimination. He has provided a platform for our music and stories to be heard and supported many Black organizations financially and otherwise.”
Back in Jamaica his hometown Observer newspaper interviewed his family about Jolly and the Order of Canada.
His sister, Barbara Smith, former principal of the Montego Bay High School, told the paper that Jolly remains very supportive and involved with his family in Jamaica. “We are extremely proud of him. Over the years, he has excelled beyond expectations,” she told The Gleaner.
Jolly’s niece, Karen Smith, praised him for being a source of stability after her father died when she was two years old.  “He is truly dedicated to our family and has always encouraged me with my singing. We are bursting with pride at this well-deserved honour,” said Smith.
Barbara Smith Black Media Pioneer Award Brandeis Denham Jolly Flow 93.5 In the Black Order of Canada