Boy What a Saga! 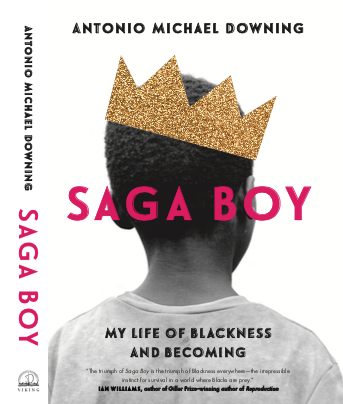 Antonio Michael Downing’s story is a true tale for the Diaspora.
By Stephen Weir If you have pigged out on poulourie, studied from Nelson’s West Indian Reader or had a rumbo yell at you walking home from school, then Antonio Michael Downing’s Saga Boy, My Life Of Blackness And Becoming will soon deeply speak to you.  This Saga Boy is a local musician, writer, and activist and his wild ride autobiography is set to loudly drop early next month. 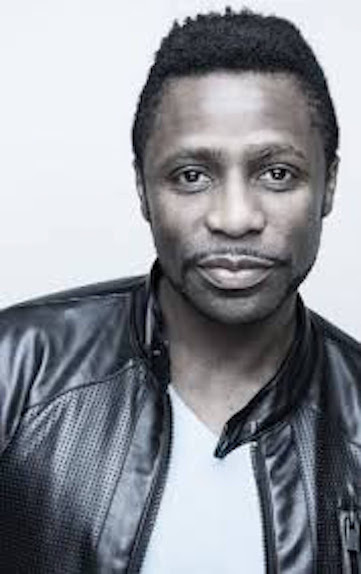 Saga Boy is the real deal that takes readers from Trinidad’s Monkey Town to the wilds of Northern Ontario and finally to fame and fortune here in the Six. Don’t recognize the name? Maybe you know him as Mic Dainjah, Molasses or have caught him on stage playing cutting edge music under the name John Orpheus.
“Throughout the years, I would give myself many names,” writes Downing in the new book. “They called me Tony in Trinidad, Michael in the gleaming boardrooms of corporate Canada, Mic Dainjah when I toured England with my rock ’n’ roll heroes, Molasses when I crooned soul songs, and Mike D. when I plucked the banjo at folk festivals. Finally, I became John or J.O. or John Orpheus, my boldest, baddest self.”
This is a deeply personal account of a young immigrant's search for belonging and black identity amid the long-lasting effects of cultural dislocation. His memoir of creativity and transformation is a startling mash-up of memories and mythology.
Raised by his indomitable grandmother in Monkey Town’s lush rainforest in southern Trinidad, Downing, at age 11 (“when Poulourie was my everything”), is uprooted to Canada when she dies.

“In 1986, I landed in Canada, a shiny-faced black boy thrust into the tiny northwestern Ontario town of Wabigoon, near Dryden. From a jungle to a blizzard within a few head-spinning days, Wolf packs howled in the trees and black bears rummaged at the trash dump. My beloved grandma was dead, and eleven-year-old me stared, perplexed, into the wilderness.”

He and his older brother begin their life in Canada living with his stern, evangelical Aunt Joan, where they are the only black children in town. In this wilderness, he begins his journey as an immigrant minority, using music and performance to dramatically transform himself. At the heart of his odyssey is the longing for a home.

He is reunited with his birth parents whom he has known only through stories. But this proves disappointing:  His dad Al is a womanizing con man and drug addict. His mom Gloria, twice abandoned by Al, sees her sons as cash machines. 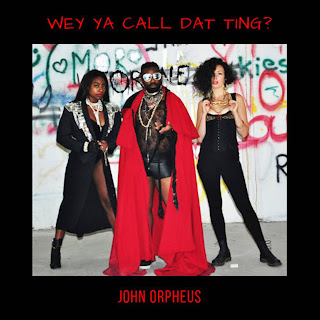 Yet, like his father and grandfather, he has become a "Saga Boy", a Trinidadian playboy, addicted to escapism, attention, and sex. When the inevitable crash happens, he finds himself in a cold, stone jail cell. He has become everything he was trying to escape and must finally face himself.

Saga Boy is a heart-wrenching but uplifting story of a lonely immigrant boy who overcomes adversity and abandonment to reclaim his black identity and embrace a rich heritage.

This is not Downing’s first book. His 2010 debut novel, Molasses was published to critical acclaim. In 2017 he was named by the RBC Taylor Prize as one of Canada's top Emerging Authors for nonfiction.

He still performs and composes music as John Orpheus. His music can be heard in the new 10-part Netflix ballet thriller Tiny Pretty Things and a new album, like the Saga Boy book, is on the verge of being dropped!

Although the book won’t appear in stores until January 17th, it can be pre-ordered now on Amazon, here in Canada, the US and the Caribbean!
antonio Michael Downing john orpheus Mic Dainjah Molasses My Life Of Blackness And Becoming Saga Boy Tiny Pretty Things Wabigoon