Missing Parangs? CHIN up, Jai is back on the airwaves 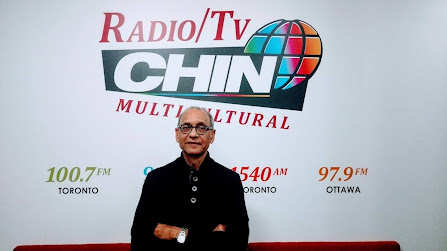 By Stephen Weir: On December 26 Jai Ojah-Maharaj (pictured above) will be back. His return comes just in time to bring Parang music back to the airwaves.

The godfather of Soca and Parang on Toronto radio will soon be heard on CHIN radio, the station where it all began for him over 30 years ago!  His Caribbean Connection Saturday night show will be a huge Boxing Day present for FM listeners from Toronto to Buffalo and beyond.

“ I have been talking to Lenny Lombardo (the owner of CHIN radio) on and off for quite sometime now,” said Jai yesterday. “ Things began to heat up about three weeks ago, when we learned the Saturday night South Asian Show was giving up its weekly time slot.  They have had that (time slot) since I left CHIN in 2011 (to join the just launched G-98.7), and of course I want it back!”

“ Because of the Pandemic the community is missing the joy of Parang,” he continued. “So when we come on the air next Saturday, it will be all Caribbean Christmas music.  This is a 2020 Parang entertaining listeners through their radio speakers!”

The return of the weekly Caribbean Connection means that the sounds of sweet Soca, classic Calypso, Pan, Jazz, and, Caribbean Comedy is once again available both on the FM airwaves and the Internet. Because Toronto’s CHIN radio stations have their transmitter on the CN Tower, the show’s signal will blanket the GTA and reach New York State.   For listeners out of range of the show, it will also be broadcast live on the CHIN website www.CHINradio.com)

For over three decades 30 years Caribbean Connection was the mainstay of weekend programming at CHIN FM, Canada’s largest multicultural station. His evening gig was a must-listen show that aired from 1980 to 2011.  Since leaving CHIN, Jai Ojah-Maharaj has had music shows on G-98.7 and the Internet based MyCarribeanRadio network.

The 2020 version is an extension that original programme with one major difference – the show is owned not by CHIN but by Jai.  He is buying the time-slot from CHIN and is selling advertising spots on the show to cover his costs. 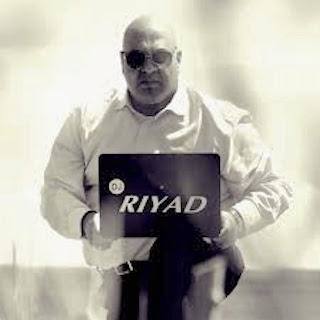 DJ Riyad (pictured  left) has been a pioneer in Toronto's West Indian Wedding market for the past 20-years.  He has DJ’ed close to 3,000 wedding receptions and has produced and hosted live radio and TV shows on G98.7, CIAO AM530, and CHEX TV and is currently on the My Caribbean Radio network.

“ Our live show will originate out of CHIN’s Toronto studios in Little Italy,” Ojah told me in a recent phone interview. “We are going to video stream at a later date, and once the pandemic rules are relaxed we will have in-studio guests.”

Right now the men are putting together their Parang song list and signing up local advertisers for the reboot of CHIN’s Caribbean Connection radio show.