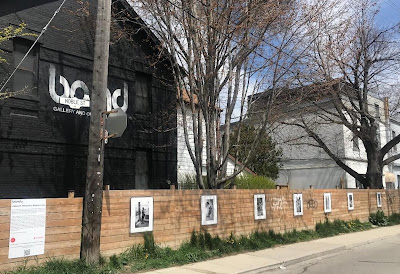 Walk or do a Drive By. Absence/Presence: Morant Bay
New Photography Exhibition Opens
By Stephen Weir
While all art galleries are closed in the province, there is a new curated photography show on display in downtown Toronto! The Black Artists’ Network in Dialogue (BAND) gallery in concert with the Contact Photography Festival has just launched an exhibition of the work of Jamaican-Canadian photographer Christina Leslie. 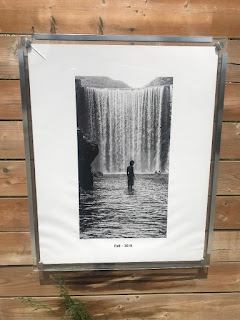 Although the BAND building on Brock Avenue remains closed the new exhibition Absence/Presence: Morant Bay is open for viewing on the building’s tall wooden alley fence! The black and white photography show can be seen on foot or from a slow moving car!
Christina Leslie takes photographs that delve into and respond to her Jamaican-Canadian heritage and personal family histories. Recently, she returned to her father’s hometown of Morant Bay, the capital of St. Thomas Parish in Jamaica where she found the area in decline.
“It was as if time had forgotten it and so had the government,” notes of her Jamaican photography expedition.
She came across a large number of abandoned homes. Many of these structures were dilapidated as their former residents had passed away (like Leslie’s own grandfather), or homeowners had run out of money before completing construction. In many instances squatters had taken over. Leslie was driven by a sense of nostalgia to document the people and landscapes of this rural enclave. With an empathetic yet honest approach, her Morant Bay series (2019) explores the community in which her father grew up before immigrating to Canada. 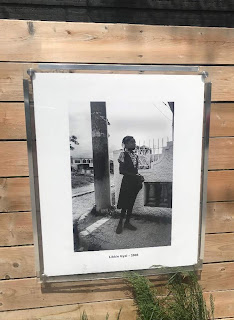 Reunited with family and childhood friends, and revisiting landmarks, the artist created this body of work to capture the essence of what her father feared was lost.
The show was curated by noted Art Gallery of Ontario assistant curator of photography Julia Crooks. It originally was to have shown this month, indoors as part of the citywide Scotiabank 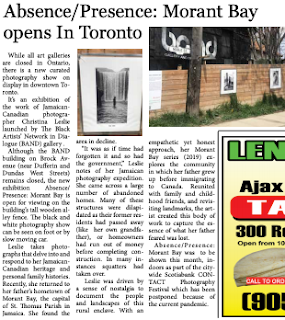