The Energy in the Hall on Saturday Night? 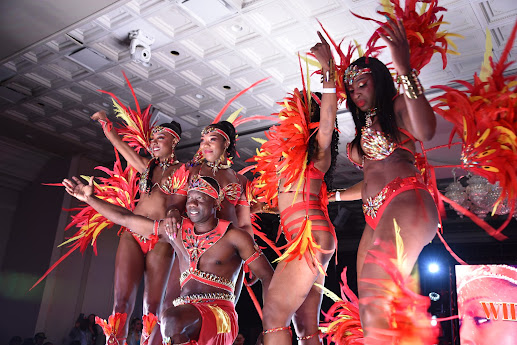 By Stephen Weir The E.P.I.C. Carnival Mas Band lived up to the meaning of its name – Energy. Passion. Imagination. Culture – and then some. After the two year lay-off staging a costume launch (because of Covid) came out of the gate just smoking! The Saturday night’s Costume Launch at Scarborough’s Grand Cinnamon Convention Hall was a passionate preview of what they are going to bring to the street at the Toronto Caribbean Carnival in 2022.

According to our photographer Herman Silochan there over 1,000 people at the launch to see the costumes of a dozen sections over the course of the midnight show.  The theme this year?  Energy of course. And lots of it.

With section names like Pulse, Shockwave and Animale it is only natural that their costumes work the Energy theme. Lots of electric blue and fire red are worked into the costumes’ colour scheme, and like the other Bands that have launched before skimpy is the watchword (although there are a lot of modest options available) for women and men alike. 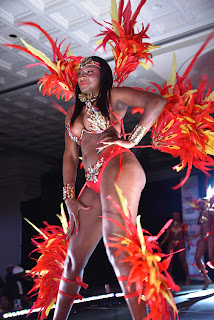 The evening was MC’d by SKF the Champ. Soca performer Shal Marshall was on the bill. Next for E.P.I.C? Opening up their Mas Camp showroom to give their growing  base a close-up look and a chance to order costumes.