No Radio Station For Amherstburg, Ontario. Scarborough To Get Its Second FM Station

Scarborough’s Second FM Station Still Two Years Away!
You wouldn't think there's any more room for another radio in Toronto, but the Canadian Radio and Television Commission (CRTC) has decided to squeeze in one more. The CRTC gave the station the nod back in April and made it official last month when it approved a licence for the International Harvesters for Christ Evangelistic Association and their new station 105.3 FM. 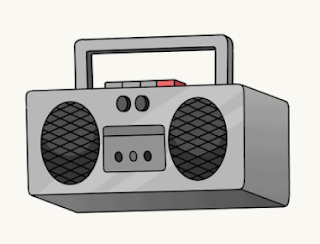 Don’t go looking and listening for the station just yet, the new Scarborough outlet – CKSC - says that it will be up and broadcasting by April 28th, 2023. The new micro-broadcasting station’s 150-watt signal won’t reach too far outside of Scarborough – in contrast G.98.7’s FM signal at its peak time is 1,000 Watts (and has difficulty being heard in downtown Toronto.
According to the CRTC the new station “indicated that it would broadcast 126 hours of programming each broadcast week on the proposed station, of which 84 hours would be devoted to local music and spoken word programming. The remaining 42 hours would be devoted to non-local programming in the form of Bible programs to be produced in Canada and intended for numerous Christian stations across the country.”
"It would also broadcast interviews as well as programs offering different views on religion and matters of public concern, featuring teachings from over a dozen world religions, including Buddhism, Judaism and Islam."
CKSC will not be the first FM station for Scarborough. Ethnic station CJRK – 102 FM, has been on air for the past five years ... sweirsweir
THUMBS DOWN FOR MARTY ADLER'S FM MICROSTATION IN THE BURG
Longtime broadcaster, horse racing journalist and hopeful radio station owner Marty Adler didn't make it into the winner's circle this time. But the Canadian Radio and Television Committee told him he can apply again to start a radio station in Amherstburg, once the pandemic is over and the business of broadcasting becomes more economically stable in the Windsor area. Amherstburg is located 15 miles (25 km's) south of Windsor, Ontario. 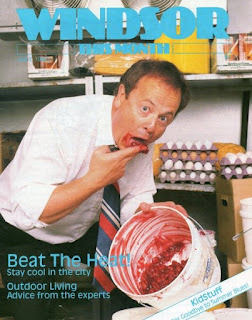