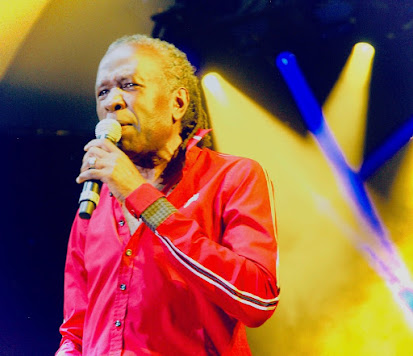 By Stephen Weir: If you are a David Rudder fan and have missed seeing “Sir David” perform during the pandemic, honk your horn this July 31st.  And if you really want to hear some of the new material he has written over the past year or so, honk again and flash your high beams.

On Saturday July 31st Soca legend David Rudder will be performing live in Toronto for the first time since the shutdown.  He will be outdoors, on stage at the City View Drive-In playing for a lot filled with parked cars!  The car-only venue is back this summer since the relaxation of Covid restrictions in the city. The drive-in is located adjacent to the Rebel Night Club on Polson Street in the Toronto Harbour District. 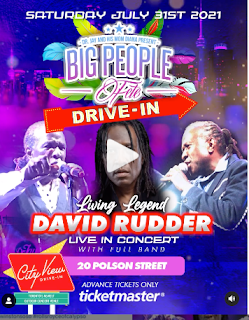 Trinidad’s David Rudder is based here in the GTA and has had to quarantine along with the rest of the city.  It has been quiet for a normally very busy entertainer but “I did perform three months ago at Exhibition Place  (for a live Caribbean Carnival online show),” said Rudder. “I didn’t have an audience, it was used to promote this year’s Caribana.  That is about it for 2021!” 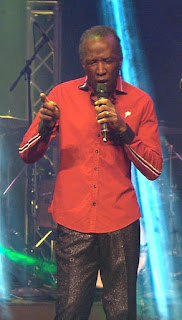 The stage he will perform is massive, some 240 feet wide.  The audience, sitting in cars, will have no difficulty seeing or hearing the show.  As well, the Drive-In broadcasts the show on the FM radio band to the parked cars!
He will have a full band behind him and figures that they will debut “at least one new song".  One doesn’t usually associate drive-in theatres with live Soca shows, but the singer says this won’t be the first time for him. “Yes, I actually did perform at the Kay Donna Drive-In in Trinidad over thirty years ago.”
It could be the last time in a while to see Rudder live on a Toronto stage. The singer songwriter figures that “if things open up I’ll probably go to Trinidad for a while. Other than that, I’ll probably do some studio work!”

The concert is being staged by former radio personality and now promoter, Dr. Jay (Da King Of Soca). He is calling the event his Big People Fete.  He announced earlier this week that the concert is already 50% sold out. “This is a family event and tickets are sold per car meaning you can come with as many people as there are seat-belts in your vehicle for a single price.” 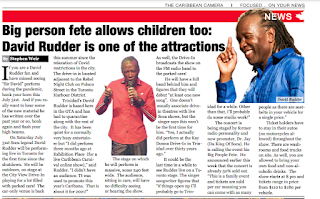 Ticket holders have to stay in their autos (no motorcycles allowed) throughout the show. There are washrooms and food trucks on site. As well, you are allowed to bring your own food and non-alcoholic drinks.