Diving for Death Detail on ScubaBoard.com 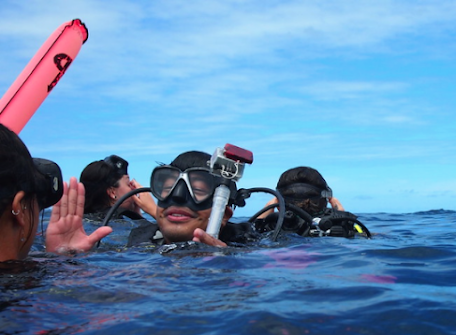 The OPP don’t know much about much when it comes to the investigation of accidental scuba diving deaths.  Oh they are top notch when a car hits a tree; when a snowmobile falls through the ice, or heck even when a cow delivers a fatal back-kick at the farmer milking her. But when it involves someone dying underwater, don’t look for our provincial police to figure it out beyond saying Cardiac Arrest.

Windsorites don’t have much to do with the OPP beyond watching for their speed traps on the 401. Most don’t know they are charged with patrolling the lakes and rivers of the province, be it to arrest people drinking and boating; ticketing those not wearing life jackets; busting people fishing without provincial licenses and sadly three or four times a year investigating in-water deaths. In our local waters those jobs are also shared with the RCMP and the Coast Guard because the Detroit River is an International Waterway.

As a long-time volunteer for the Ontario Underwater Council (OUC) I have assisted in the investigation and writing of fatality reports when an Ontario diver dies.

In a totally sane world, people like me would work hand and flipper with the coroner and the police as a team to determine how and why a diver has died.

We amateur sleuths are more experienced underwater than the police, have better equipment (including underwater video and camera equipment) and have no legal restraints on the depth or time that we can stay underwater looking for clues at an accident scene (police follow very restrictive Health and Safety guidelines on dive protocol).

Where the OPP falls down is when science is required to figure out how and why a dead body has washed up onto the shore. Not only do the OPP lack the specialized equipment needed for underwater forensic work they also have a Force-wide culture of refusing to divulge any information to the public (who may have information) beyond the basic statement that a diver has died.  Usually no names. No information on how it happened. No guesses on why it happened. No recommendations to the dive industry about what could be done to prevent similar accidents in the future.

Provincial coroners who must oversee autopsies on all dive deaths support this underwater blue wall of silence to the media and researchers like me. I have often been met with hostility and derision by officials when I asked for information. Coroners can take years to release information about their finding, usually redacting most information on the basis of Privacy Laws.

There is also a certain amount of Good Samaritanism happening with officials who don’t wish to release information that casts blame on the deceased (which could jeopardize insurance claims and survivor benefits).  As well there is a subcategory of dive deaths not  talked about by officials called death by scuba, where terminally ill people (or depressed) simply dive into a lake, river, cave or ocean and head downwards until they run out of air.

At the Ontario Underwater Council we want to find out a whole host of things in a timely manner including some of the following:

·      What was the level of certification of the diver and when was the victim’s last dive?

·      Was diver’s equipment in good working condition and was the air inside his/her tanks uncontaminated?

·      What were the water conditions during the accident (temperature, visibility, and current)?

In gathering these facts the OUC makes a report to ALL licensed divers in the province, dive shops and commercial dive outfits, explaining how the accident occurred.  Warnings about product defects, warning about the quality of air that might have pumped into tanks, the skills level required to safely dive the accident site and basic information on the health and welfare of the stricken diver are disseminated. The goal of these reports is to make the sport safer.

To get accurate information, including eyewitness accounts of accidents, I am an active user of the ScubaBoard.com website and app.  I have been an member of the site since its launch back in 2000. This site was created as an early Chat Board for divers.  It was a non-profit site and members of the dive community pitched in to moderate the chat forums, edit stories and posts and peer review discussions about health, safety and exploration underwater.

In the beginning there was little content on the site, but since it the only such website in the world, people began to visit, post and comment on all things underwater.  As is often the case, the infighting, the volunteer dropout and the rising cost of maintaining such a high volume of data almost crushed ScubaBoard.com.

15-years ago, Peter “NetDock” Murray, an American diver and entrepreneur took over the site and his company Intermedia Publications became the sole owner of ScubaBoard.com.

ScubaBoard.com produces on content and accepts content that broadens the public debate on all things related to Scuba Diving.  The environment. Invasive species. Legislation impacting the health of the world’s oceans, rivers, streams and icecaps. Dive destinations. Dive equipment, and yes reports on diver fatalities.

It is a world community, as the publisher Peter “NetDock” Murray told me this morning – “ I own the Board and we have about 300,000 members. We are the world's largest diving community on the Internet. We get over 600,000 people to our site every month. At last count we have 5,500,0000 stories and posts about diving.

The success of ScubaBoard.com comes at the expense of traditional dive publications. The longtime scuba bible, Skin Diver Magazine has ceased publication as Sport Diver magazine, along with Scuba newspapers in Canada, the US and Europe.

ScubaBoard.com keeps its advertising costs low and separate from its articles and discussion threats. They have 4 full-time staff members working virtually around the world.

The discussion group – Dive Fatalities - is curated by a peer group of divers, hyperbaric medical experts and training associations.  Names of victims are not published until their identities have appeared in  obituaries and other news services first.  Speculation about the cause of death in accident is frowned upon until facts are presented. So widespread is the readership that I have been able to contact and interview witnesses who give me first person descriptions of fatal accidents.

For example, on September 19, 2019 a diver died while exploring a wreck near Kingston Ontario.  The local CBC affiliate got the briefest of statements from the OPP stating that a 53-year-old man died.

“Ontario Provincial Police were called just after 1:45 p.m. to Bateau Channel, where a diver lost vital signs after surfacing from a dive” reads the CBC news report. “The man's friends performed CPR until emergency crews arrived, but he was pronounced dead at the scene. OPP are working with the coroner's office and an autopsy is being performed to confirm the cause of death.”

Meanwhile, when I went to ScubaBoard.com I was able to get information from fellow divers who reported on the conditions of the water that day. “Seems the St Lawrence River is a bit of a trap there, what is the risk? Cold water and poor visibility?”

”No, answered another diver who was at the accident site that day. The water was warm and the visibility was good. “But the water levels on the Great Lakes are as much as 3ft higher this year and there was a very strong current. There is a lot trees and debris in the water.”

For a few days discussion went on about the accident.  The diver was described on the Board as obese and may have found it difficult to swim in the strong current. Three days after the accident a ScubaBoard.com  member and a medical diving doctor messaged me that the diver had had a heart attack underwater and could not be revised.

No fatality was filed in the accident - the victim turned out to be an American diving in Canadian waters. Meanwhile, to date I have not received the corners report despite contacting the Ministry every 90-days. 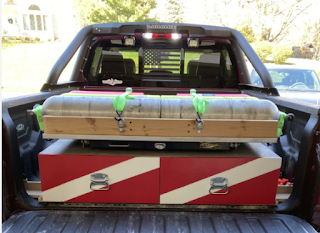 Alternative Media works best when it can deliver much desired information to consumer faster, cheaper (i.e. free) and more detailed, than traditional media. ScubaBoard.com does just that delivering the information divers, the media, and the morbidly curious want without having to rely on a very reticent police force and coroner’s office for accurate data.

As the publisher writes “None of us want to die, especially while diving. Consequently, this forum is our busiest as people come here to find out what has happened and how to avoid it.  Our goal is to allow discussions about an incident in order to make sense of the facts we do have. Hopefully, this will result in modifications of both attitude and technique, creating safer divers.” Right on!  I pray I never show up on his pages (although I could use the Likes)
Story is a modified version of a Notebook Essay I submitted for my University of Windsor Communications course - June 10.2021 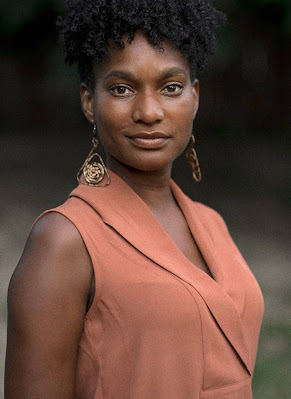 Art Bites: Cultural News That Arrived On My Virtual Desk This Week  By Stephen Weir Cian Knights Joins the AGO On Wednesday morning Toronto’s Art Gallery of Ontario announced that  Cian Knights  has joined the gallery as their first Manager  of Diversity and Inclusion. She leaves the  Toronto based Centre for Young Black Professionals to take on this new role at the AGO. In announcing her appointment the Gallery said that following  “the Black Lives Matter protests sparked by George Floyd's death the AGO took heed to the urgent call to accelerate our efforts and take a more critical eye towards (diversity). How do we, as a leading Canadian museum, pledge to accurately reflect the diversity of our community through our internal culture, exhibitions, collections and programming?”  “I am looking forward to taking on this new role to lead and partner in efforts of equitable transformation at the AGO,” Knights said. “This is going to be a journey of introspection and accountability in
Read more