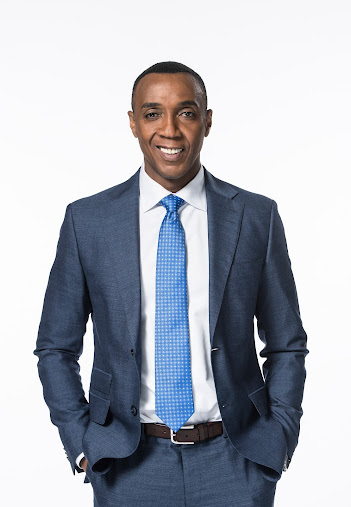 By STEPHEN WEIR A Toronto dinner time TV tradition is about to end at least, for the next year. On Monday night, after 10-years on the job, Jamaican Canadian journalist and announcer Dwight Drummond will not be reading the news on CBC Toronto News at Six.

Oh no Drummond hasn’t left the building, for the next year he will be the host of CBC News Network’s Canada Tonight. The 8pm news broadcast is seen across Canada on the CBC News Network.  He is temporarily taking over from award winning host Ginella Massa while she on maternity leave.

The Caribbean Camera contacted the CBC to find out how the community could continue to get their Dwight Drummond fix on the Canada Tonight news hour. “Canada Tonight is available weeknights at 8 pm in Canada on CBC's premium 24/7 cable news channel, CBC News Network,” reported the CBC PR department. It is also available “with a premium subscription to the CBC Gem streaming service.” 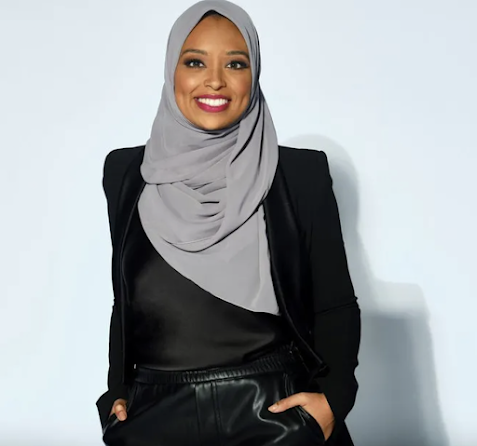 Scarborough’s favourite son has been working in broadcast news for over thirty years. He won the 2021 Canadian Screen Award for Best News Anchor, Local. He was nominated again for the 2022 award. In addition, the show won Best Local Newscast in 2015. Dwight and the broadcast have received multiple Canadian Screen Award nominations. He is also the recipient of the Ryerson University (Toronto Metropolitan University) Alumni Award of Distinction and has been inducted into Ryerson's Faculty of Radio and Television Arts’ Wall of Fame.

“Dwight has done just about every job there is to do in a newsroom as he worked his way up through the industry,” continued the CBC.  “As a crime reporter, Dwight received a number of awards for his police reporting and commendations for his community work. In addition, he received the African Canadian Achievement Award for Excellence in Media.”

Drummond lives in Toronto with his wife and children and is dedicated to helping the community, His most recent act of volunteerism.  In September he hosted the 85th birthday party for Jean Augustine at Harbourfront in September!

Marivel Taruc will be filling in for Dwight Drummond as the interim host of CBC Toronto News at 6 beginning this coming Monday. 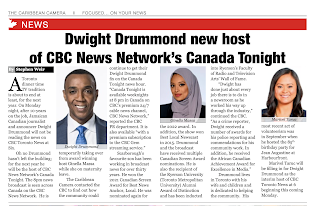