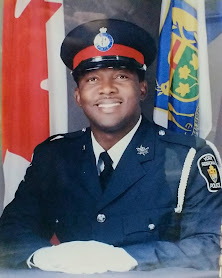 By Stephen Weir: It was Canada Day; 2018, Detective Constable Neil Dixon was at work at the York Regional Police Headquarters in Aurora.  He was in civilian clothes (and wearing a police issued weapon)  when he and a fellow armed Black officer took an almost fatal lunch break.

The pair visited the Popeye cop favourite restaurant two blocks from Police Headquarters.  When he left, he believes that he was  almost shot by members of his York Force who didn’t believe the Jamaican Canadian man was a fellow officer even after showing badges, and the police issued car they were about to get in.

“ I thought to myself, I’m going to die today,” Dixon recalled, after testifying this morning (Wednesday) at a York Regional Police Board (YRPSB) meeting.  He is a 19-year veteran is currently on leave as a result of suffering from Post-Traumatic Stress Disorder. The PTSD is due to that near-death experience of the racial profiling incident involving two White YRP officers and a Sergeant.

Dixon was one of four Black York Regional Police Officers, and their lawyer who appeared on a Zoom call with the YRPSB. They were there  to make an important deputation on matters of systemic racism and discrimination within the Force.

The YRPSB is a seven-member civilian governing body which  oversees the police services. The panel is made up of  Virginia Hackson (Chair, Mayor of East Gwillimbury), Maurizo Bevilacqua (Vice Chair, Mayor of Vaughan), Wayne Emmerson, Josh Cooper, Jennifer Fang, Walter Perchal and Norma McCullough. All attended the meeting.

McCullough is the only Black member on the Board and  is currently a member of the Association of Black Law Enforcers. She is also the only panelist  that responded to the testimony of the officers. She said that she recognized their pain and told them she knew how difficult it was  for them to speak at the hearing. 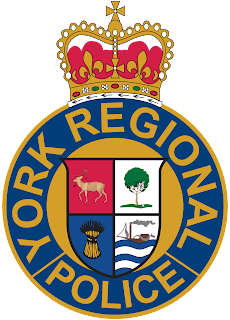 None of the other board members including three mayors asked questions of the officers even though their testimony indicated systemic racism at the highest levels of the 2,400 member police force.

The top brass of the Force, Chief Jim MacSween, Deputy Chiefs’ Brian Bigras, Paulo Da Silva, Cecile Hammond and Robertson Rouse sat in on the Zoom conference. Deputy Chief Rouse, a Trinidadian Canadian, is the only Black officer in the Force’s Upper Command – he did not speak at the Zoom hearing.

The Chief did acknowledge the testimony of the officers but did not apologize on behalf of the Force.  Instead MacSween outlined what the Force is doing in terms to combat racism within its ranks and promised to issue a report soon on improvements and programme he planning to make.

“The nature of this morning’s deputation  provided a glimpse of the horror stories these officers have lived throughout their policing careers,” explains the officers’ Counsel for Justice and Equity – Courtney Betty.  “It also presented a unique opportunity for the York Regional Police Services Board to demonstrate its core value of accountability to its officers and to its community, as these four officers bravely stepped forward and modelled its core value of Courage. The intention was to create a moment of true understanding as we acknowledge the systemic barriers which make being Black an impediment to policing. “

“As a result of ongoing internal anti-Black racism conflicts, I have had with my employer for almost 10 years, I along with three other Black officers who have had the same complaints regarding YRP's differential treatment of its Black employees came  before the York Regional Police Service Board to voice our concerns,” says  Police Constable Dameian Muirhead, an 18-year veteran of the Force.

The Jamaican Canadian officer continues to endure various internal and external adversities while maintaining exemplary work performance as documented in all of formal work evaluations.  Muirhead told the 7-member board that his wife, who is also a York Regional officer, has suffered because of systemic racism in the workplace.

Special Constable Vernley France has been with the force for 19-years. In 2015, he came forward to address the issues of racial discrimination and anti-Black racism in the workplace.  As a result of his coming forward, York Regional Police retaliated in the form of a series of  ongoing reprisals against the St. Vincent Canadian constable.

The Fourth Officer who testified has proudly served York Region community for over a decade. The African born officer told the panel about the extreme prejudice he suffered since he was processed and arrested by his own service on unfounded criminal charges. Since being absolved, he explained, the power of the YRP was ruthlessly unleashed against him. He has asked that he only be referred to as Police Constable SF to protect his family.