NEW AIRLINE FLYING OUT OF PEARSON. CANADA, USA AND EVENTUALLY THE CARIBBEAN 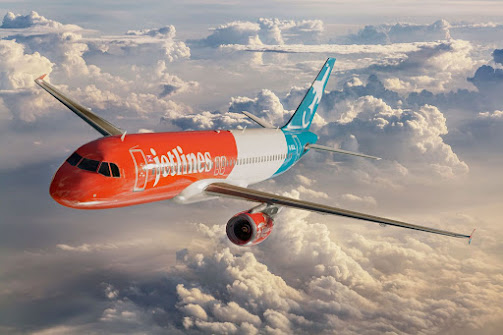 Stephen Weir Amazed at the cost of an airline tickets these days? If you can hold your breath for a few months or so there is relief in sight.

Jetlines, a new Canadian discount airline made an inaugural flight from Toronto to Vancouver this month and has just received US approval to fly from Canada to Las Vegas and Florida. Right now, Jetlines has only one airplane in its hanger, but, promises once it takes delivery of more Airbus jets it will begin offering service to the Caribbean.

Jetlines, is a Canadian ultra-low-cost airline

“We are looking forward to expand our international network, as the U.S. is a top market for Canadian travelers,” Eddy Doyle, President and Chief Executive Officer of the airline reported in a recent statement. “With the winter months fast approaching, we know sun destinations will be a priority for leisure travel and we intend to announce our first international destination later this month.”

The goal of the airline is to operate 15 jets out of Toronto and Vancouver before 2025. Jetlines says it expects quick growth over the next few years, flying to sun destinations in the US, Mexico, and the Caribbean. 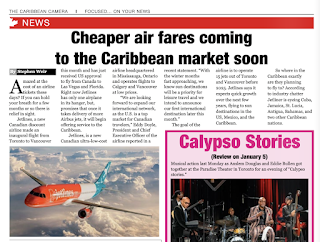 So where in the Caribbean exactly are they planning to fly to. According to industry chatter Jetlines is eyeing Cuba,Jamaica, St. Lucia, Antigua, and the Bahamas.