By STEPHEN WEIR The voices and pictures of the heroes of Toronto’s steel band community has come to the Internet.  Earlier this year Heritage Toronto posted an audio and  written  experience that  explores the contributions and importance of the steelpan to Toronto's music and Caribbean community through the first-hand accounts of four leading steelpan artists.

Andre Rouse, Earl LaPierre Jr, Thadel Wilson and Wendy Jones are the stars of this online history that has recently been made by Heritage Toronto. It is posted on their popular website under the title of Timbre from Trinidad to Toronto.

Heritage Toronto is an agency of the city that celebrates the heritage and the diverse stories of its people, places, and events here in Toronto. This high-profile department tells the city’s story through a number of popular programs, including tours, plaques, and online exhibits now including the story of pan in the GTA.

“Born out of the Trinbagonian diaspora of the 1960s, Toronto's unique steelpan music incorporated urban genres of R&B, dancehall, and pop,” explains the Heritage Toronto website. “While propelled in public popularity by school and community-based programs beginning in the 1980s, and competitions and performances at Caribbean-Canadian events, today's steelpan bands remain non-profit, community organizations that continue to face challenges in securing funding and practice spaces.”

Earlier this year the agency brought in two York University students, Jodie Chinnery and Alonso Melgar to research, write and produce the story of steel in this city. Chinnery, a fourth-year student at York interviewed all four pannist.  She is  a second-generation Canadian, born and raised in Toronto. Her mother is originally from Port of Spain in Trinidad and Tobago. 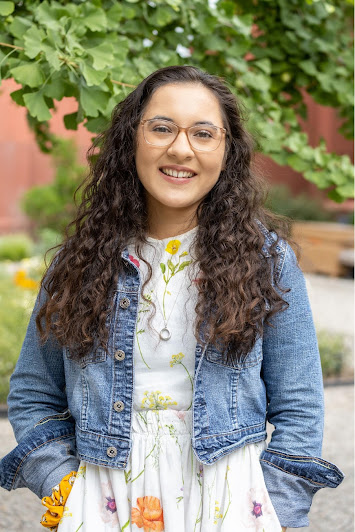 “I shot the pan interviews with Wendy Jones, Earl La Pierre Junior, Thadel Wilson and Andre Rouse over the course of the (summer of 2022),” Chinnery told the Caribbean Camera.” Each interview took approximately an hour. I didn’t have a crew with me, it was just my zoom recorder. I shot the interviews at quiet locations that were convenient and meaningful to each of the pan artists, for some this was the panyard when the band wasn’t rehearsing, for some we met over zoom, and for others we met in local public spaces. “

The interviews have been cut into 15 different soundbits each about a different aspect of pan in Toronto. Each person talks about their own experiences as band leaders, musicians, educators and pan historians.

André Rouse is one of the founders of the Souls of Steel Orchestra founded in 2007 and is currently its stage side arranger and creative director. He talks about how the community orchestra is sustained by the participation of teachers, parents and musicians.

Thadel Wilson is currently one of the musical directors of North York’s New Dimension Steel. Established in 1004 New Dimension Steel Orchestra is focused on bringing youth into the steelpan world by providing a space for them to learn the instrument in a band setting. 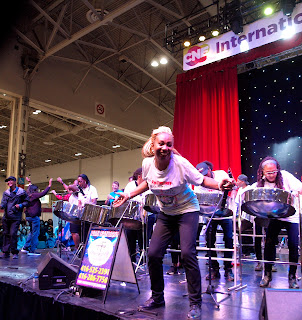 Wendy Jones says it all in the first seconds of her posted interview “My world is Pan. Pan is my world.” She is a founding member and the current CEO and band leader of the Pan Fantasy Steelband.  It is a North York youth group founded back in 1986.

Earl La Pierre Junior currently serves as the manager of Afropan Steelband. Established in 1973 by his father Earl La Pierre, Afropan is one of the oldest and largest steel bands in Canada. The band plays annually at Pan Alive and also gives steelpan classes to those interested in learning the instrument.

After interviewing the four pan icons Jodie Chinnery says that she is now connected to the steel bands in Toronto. “I currently do not play the steelpan but I hope to learn one day.”