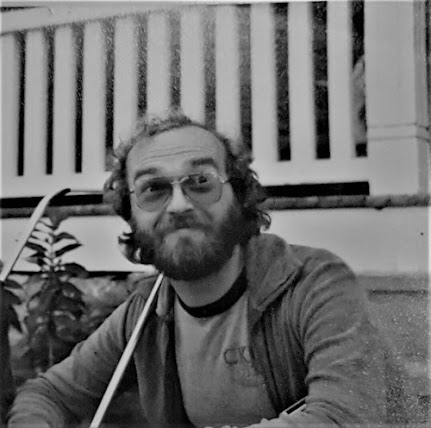 Back in the day when I lived in Renfrew, the town's first newspaper, the Mercury, was still printing with lead type. It was a weekly labour of love paper, and was read by everyone in town. In 1967 Obituaries couldn't wait a week in the Mercury. Editor Norm Wilson scotch taped, as soon as he wrote them, death notices on the front window of the paper on Raglan Street.
The Young Lads (male senior citizens) would hang out in front of the Mercury to check out who had passed. When you asked a "Young Lad" how he was doing, he'd say " not in the Merc's front window, so I must be okay".
Now, some 55 years later, the Mercury has been taken over by the Toronto Star, and the obits are posted on the web and not the window. I left town in 1969, but I still remember the people who treated me with friendship and fun. And now, as a senior I have entered that stage in life when your friends begin falling off the mortal coil. So, I too am now checking in on the Mercury death notices online.
This morning I checked out the Mercury and was saddened to see an obituary written by the Goulet Funeral Home for one of my first friends in town - Eric Kauffeldt. He passed just before Christmas. He was 70 years old.
Back when I first met Eric he was the straightest looking teenager in my class (check out his grade 11, 1969 Year Book picture below). But it didn't take long to change him. Lunch together at the pool hall, skipping school so that we wouldn't have to take part in the mandatory march with the school's cadet programme ... for a couple years we helped each other survive school.
As Renfrew developed a Rock 'n' Roll scene Eric actually began to look younger and hipper. He picked up the guitar and was soon in the legendary (at least in the Renfrew Valley) rock group Metagenesis. 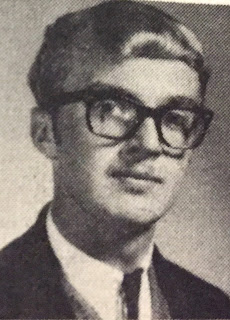 When he left the group he continued his lifelong love of music. He was a radio announcer at CJET-AM in Smiths Falls while also working as a part time disc jockey. His obituary picture also posted at top, shows a young man who enjoyed life to the fullest. Seeing his obituary made me feel guilty that I had lost touch with him decades ago. Don't believe the last few years have been kind to him - he suffered a long illness leading to his death on the 18th.
Thank you Eric for helping me survive Renfrew teenage years. Be at peace my friend and make sure that you rock on.
23Natalie Rose, George Heath and 21 others
11 Comments
Like
Comment
Share
Active
CJET Eric Kauffeldt Goulet Funeral Home Metagenesis obituary Renfrew Renfrew Collegiate Institute Renfrew Mercury Smiths Falls

All things Carnival will be on stage at Toronto Caribbean Carnival last hooray weekend.   By Stephen Weir   There is a saying amongst Toronto carnival lovers, “It never rains on the Caribana Weekend”. With a good forecast from the Weather Network and a lot of finger crossing on the part of the Festival Management Committee, it looks as though that 54-year old adage is going to ring true for at least one more summer.   This Friday, Saturday and Sunday the wrap-up to the 2021  Toronto Caribbean Carnival  will be held outdoors at the  Scarborough Town Centre .  Pan. Calypso. Dance. Food.  Costumes. Every form of Carnival Arts will be on display for three-days.   When the Carnival first announced its plans for the month of July, this weekend’s fete was earmarked to be a Caribbean Food Truck round up in the  Scarborough Town Centre’s  parking lot.  That idea was scrapped two weeks ago because another Food Truck festival –  Street Eats  – had already locked into the Scarborough Town Centre f
Read more